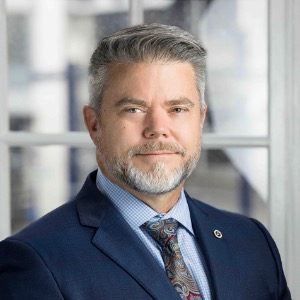 Paul Leeds is a Commercial Litigation and Bankruptcy Attorney, and serves as co-chair of the firm’s Bankruptcy, Insolvency, and Reorganization practice group.

Mr. Leeds first goal is always to find a cost-effective business solution to a complex dispute. When a business solution isn’t available, his in-depth knowledge of corporate, commercial, and insolvency law, combined with extensive trial experience, provide his client with a sound litigation strategy and powerful courtroom representation.

Mr. Leeds is an experienced trial attorney, having tried over thirty cases to verdict in state, federal and military courts. In contested matters, he has obtained rulings and verdicts exceeding $8 million on behalf of his clients. He has represented creditors’ committees and debtors in Chapter 11 cases with direct claims exceeding $40 million. He has also argued before the Ninth Circuit Court of Appeals, and the Ninth Circuit’s Bankruptcy Appellate Panel.

Mr. Leeds served on active duty in the U.S. Marine Corps from 1989 to 2002, and in the Marine Corps Reserve until his retirement in 2017. He served as a ground officer during operations Desert Shield and Desert Storm, and later as a court-martial prosecutor and Special Assistant U.S. Attorney. Mr. Leeds served for four years as the head of litigation for the government activity supporting military prosecution efforts worldwide.

Mr. Leeds teaches evidence and trial procedure through the San Diego Inn of Court, is a member of the Trial Advocacy Task Force for Lawyer’s Club of San Diego, and is president of the San Diego Bankruptcy Forum. He is a frequent speaker on the topics related to bankruptcy and trial practice.