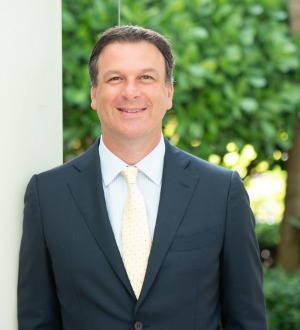 Over the course of his career, personal injury attorney Paul J Cornoni has dedicated his practice to helping families put their lives back together after tragic events. He works to secure substantial settlements and verdicts in complex claims involving automobile accidents, drowning, fires, product liability, medical malpractice, bus accidents, and wrongful imprisonment.

As a result of these efforts, Paul has been selected as the President of the District of Columbia Trial Lawyers Association. He has been named the Association’s Trial Lawyer of the Year for 2019.

As a Washington, DC, Maryland, and Virginia personal injury lawyer, Paul has litigated cases all over the Metro area. He has overseen many successful trials in the local and federal courts of the District of Columbia, Maryland, and Virginia, as well. He also routinely argues cases before the District of Columbia Court of Appeals, the Maryland Court of Special Appeals and the DC Federal Circuit. Several of his cases resulted in new legislation and decisions that continue to influence future personal injury claims.

Paul has obtained some of the largest settlements and verdicts in the Washington DC Metro area; a $15.2 million verdict against a negligence property owner for failure to maintain the building and violating safety codes; a $6.4 million jury verdict for an ex-CIA employee who was injured in Sam’s Club when a car drove into the building; $4.25 million settlement for a car crash that caused a brain injury; $4.2 million verdict for a patron of a nightclub who was attacked leaving the establishment; and a jury verdict for $3.8 million after an automobile collision that caused a traumatic brain injury.