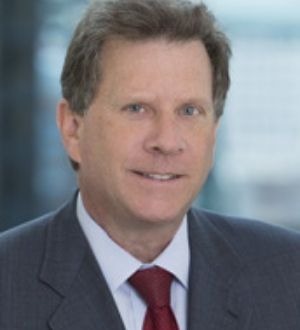 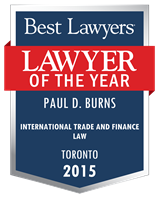 Paul Burns has over 35 years of experience advising clients on all aspects of international trade and commodity tax, including significant experience advising on Canadian customs and export control matters. Paul obtained his LL.B. from the University of Western Ontario. For many years, he served as the practice group coordinator of the International Commercial Practice Group in Baker McKenzie's Toronto office.

Paul has assisted multinational corporations on a multitude of trade matters, including valuation, tariff classification, rules of origin, marking, standards, remissions and drawbacks; anti-dumping and subsidies; export and import controls; trade sanctions; blocking measures; the Controlled Goods Program; free trade agreements, including the North American Free Trade Agreement (NAFTA) and the United States-Mexico-Canada Trade Agreement; and goods and services tax/harmonized sales tax. He has advised and assisted with audits (both internal and by regulatory authorities), the development of customs strategies and compliance programs and with appealing unfavorable determinations by governmental authorities, including appeals before the Anti-Dumping Tribunal, the Canadian International Trade Tribunal and Binational Panels established under the Canada-US Free Trade Agreement, as well as the NAFTA.

14 The Best Lawyers in Canada™ awards