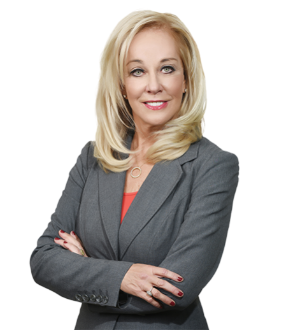 Pamela Overton has been the chairman of the firm's Phoenix Litigation Practice since the office opened in 1999. She has also been a member of the firm's National Executive Committee since 2002, and was appointed to the National Litigation Steering Committee in 2008. Pam previously served as Vice Chairman of the Pharmaceutical, Medical Device & Health Care Litigation Practice, having represented Fortune 500 companies such as Medtronic, Inc., Sanofi-Aventis and ZLB Behring LLC, Lorillard Tobacco Company and Loews Corporation. She currently serves as both National and Regional counsel, and has managed large litigation teams, many of which include lawyers from other national law firms.

Before joining the firm, she practiced for sixteen years at O'Connor Cavanagh, where she served as a member of the Board of Directors and as a member of the Compensation Committee. Her practice focuses on class action litigation, complex business torts, product liability, medical and pharmaceutical device defense, and regulatory matters with the SEC, FTC, Department of Consumer Affairs (DCA), the National Association of Attorney Generals (NAAG), and others. Her representation of Lorillard Tobacco Company included claims related to counterfeit cigarettes, class action defense, Rico claims and business torts.

Pam has been instrumental in many key initiatives, such as the Charitable Giving Program, associate training and mentoring, the Hiring Committee, and the Summer Associate Program. Her tireless work ethic, commitment to clients, sharp mediation, arbitration and trial advocacy skills, and her ability to motivate and cultivate a collaborative team environment have brought her the highest accolades from Arizona and national organizations and publications. She received the prestigious honor of being named Arizona Woman Magazine's "Arizona Woman of the Year" in 2008, has been recognized as one of the "Top Ten Business Women in the State of Arizona” for twelve straight years, and has been listed in The Best Lawyers in America every year since 2008. In the Phoenix Business Journal's Executive Profile on May 14, 2010 it was stated that "she's considered by many to be one of the most influential corporate attorneys in the state." Other honors include a listing in Southwest Super Lawyers for four consecutive years, recognition in Arizona Business Magazine as one of the leading Arizona "Women in Power," and receiving the Arizona's "Golden Heart of Business" award from Today's Arizona Woman magazine, acknowledging her extensive contributions to the Arizona business community and to local charities. The Phoenix Business Journal featured her in a profile, which praised her "focused values" as well as her ability to attain success and excellence in her practice while balancing family and service to her community. Pam was appointed by the Arizona Governor to serve as a hearing officer for the Ethics Committee of the Arizona State Bar from 1997 to 2000. She is ranked AV® Preeminent, the highest certification mark offered by Martindale-Hubbell.*