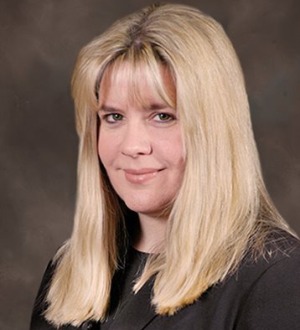 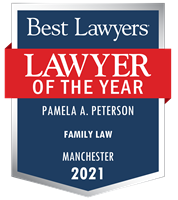 Pam represents individuals in divorce, domestic relation issues and Hague Convention cases. As an advocate in court and a steady counselor, Pam assists her clients in the complex areas of divorce and domestic relations law. Pam is also a New Hampshire Certified Marital Mediator so she conducts mediation in a private setting and is regularly appointed as a mediator in different family courts. She also has a background in environmental law and wrote an amicus brief for a New Hampshire Supreme Court case involving a major wetlands dispute.

NH Bar Association “Small Business and Divorce: What You Need to Know,” March 24, 2016

"Pamela Paterson was representing a client of mine. Her friendliness and helpfulness in navigating our client and me through all the paperwork was wonderful. She streamlined working with the opposing counsel."

"From the moment I met attorney Pam Peterson, she welcomed me with compassion, understanding, and poise. From the moment I began sharing my story, I felt as though she were a family friend I had known all my life. From the moment she solemnly said, "I think you have a case, here…" it hit me like a brick wall; what I had been through could be summed up in one matter-of-fact statement. I was immediately able to contain my raging emotions about my impending divorce, soften my anger at a life turned upside-down by a cheating predator, let go of my sadness at a life that "could have been." It was all wrapped up in one small statement that meant "you will be vindicated; your life mattered; your sacrifices have merit." I began to look forward to my meetings with Pam. I was excited to share new turns in my case, new information that would bring my nightmare to an end more quickly; another one of his unpaid bills that would affect my credit once again, another extravagant purchase he made in the midst of the discovery phase, his harassing me at work yet again. She was so easy to talk to, so easy to confide in, and she always saved a few moments at the end of our meetings where we could chat about gardening or life in general. She always asked how I was doing, and I knew she meant it. Her vocation is clearly her passion, her calling. As we walked into the final court session, she kindly asked, "Are you sure you don't want alimony?" to which I responded with a diatribe about how I didn't want him knowing anything about my life, that I just wanted to move on, I simply wanted earned equity in the house and some furniture, and so on. Sitting in court, having her speak for me at one of the lowest times of my life was comparable to an out-of-body experience. Having her fight for me and recall things I told her months prior to counter my ex's flagrant audacity and pompousness to which I had become numb and could no longer find the right words to retaliate was like breathing pure oxygen. "How did she remember that?" I would think to myself, "My God, she is amazing!" He would act condescending (his own lawyer rescinded her services), and Pam would respond with calm, cool, factual counters to which it was a pleasure to see him back down, literally deflating as his shoulders curled in. Pam had a way with words and a presence that exuded confidence I had not felt in many years. Here was this amazing woman fighting for me, singing my praises at a time"

"I chose Pamela Peterson to represent me when my best friend who had just gone through her divorce told me how fantastic Pam was. I now tell people I know just how fantastic Pam is -- and why. Watching Pam in court is a treat -- strong, poised, dead-on target with facts, yet with a mixture of humanity and dignity about her that you can absolutely feel draws the attention and respect from both opposing counsel and judge alike. She is the "Grace Kelly" of the courtroom when she speaks. Her name and reputation draws respect in the court room. I am amazed at the little things she remembers, at just the right time, at a time when my mind was numb from the divorce. My divorce is over but I have had to go back to court for child support issues and when preparing to represent myself I "channel my inner Pam!" That is ... bringing out my inner strength that reminds me so much of how Pam represented me in court -- with dignity and honor. I would recommend Pam and her fantastic staff to anyone looking to come out of the divorce with their sanity and dignity intact."