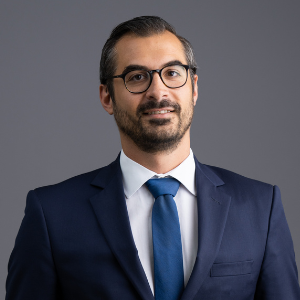 Navigate to map location for Nick Todorovic Visit the website for Nick Todorovic at https://www.mcleishorlando.com/lawyers/nick-todorovic/
Your comment has been submitted!
We have encountered an error and are unable to process your comment at this time. Please refresh the page and try again later.
Add Comment
In making your comments, please do not refer to a pending legal matter.
Share My Profile
Post on Social

Nick Todorovic first joined McLeish Orlando as a summer law student in 2014. He went on to the article and after his call to the bar in 2016, became a lawyer on Patrick Brown’s team.

After completing a BSc in chemistry and math at Wilfrid Laurier University, Nick went on to complete his Ph.D. in organic chemistry from McMaster University. His research was primarily in the areas of combating various forms of cancer and has been published in various peer-reviewed academic journals. Following his Ph.D., Nick went on to obtain his law degree from the University of Ottawa. During law school, he was fortunate to gain valuable experience by working for a multinational law firm in the area of intellectual property. In addition to his academics, Nick also swam for various varsity swim teams.

After his own personal experience in dealing with an injury at a young age, Nick chose to pursue a legal career that would help others overcome adversity. This passion along with a keen sense of detail for the law has given Nick a solid professional foundation.

Nick is a member of CycleToronto and is active in Bike Law Canada.

7 The Best Lawyers in Canada™ awards

Recognized in Best Lawyers: Ones to Watch in Canada 2022 for work in: