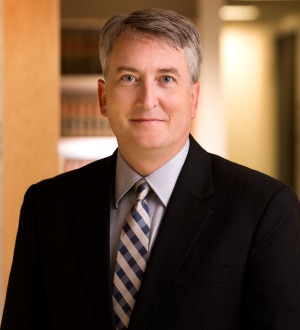 Nate Alder litigates, tries, and resolves complex civil cases. His focus is successful outcomes for clients. He is recognized as one of the Top 100 lawyers in the five-state Intermountain West (Idaho, Montana, Nevada, Utah, and Wyoming), and has been honored as one of Salt Lake City's Top 25 Lawyers (Super Lawyers/Thomson Reuters). Utah Business magazine has named him one of the state's 2020 "Legal Elite" and one of the state's top mediators. He received his peer-reviewed AV Preeminent rating from Martindale-Hubbell in 2005. Nate has served as the elected president of the Utah State Bar (2008-2009), the 16-state Western States Bar Conference (2012-2013), and the National Caucus of State Bar Associations (2014 - 2015). Nate is a leader and currently serves on: the Judicial Performance Evaluation Commission (appointed by Governor Herbert); House of Delegates, American Bar Association; Center for Innovation, Governing Council, ABA; Executive Council, National Conference of Bar Presidents (serving as secretary); Utah State Bar Commission; and the Salt Lake City Police Foundation Board of Directors. His past service includes three Utah Supreme Court advisory committees, an ABA standing committee, the Utah Council on Conflict Resolution (chair), Utah's Dispute Resolution Section (chair), Utah's Young Lawyer's Division (president), the Personal Injury Section of the J. Reuben Clark Law Society (chair), and Utah State Bar Commission (elected commissioner).
Read more on firm website

View Firm Profile
Christensen & Jensen PC
http://www.chrisjen.com
Headquarters
257 East 200 South, Suite 1100
Salt Lake City, UT 84111
(801) 323.5000
Contact Nathan D. "Nate" Alder
If you would like this lawyer to contact you directly in regards to a legal matter, please fill in the relative information below. The lawyer will then be sent your inquiry.
Your message was sent successfully!
Legal Disclaimer: Any information sent to Best Lawyers® or referred to a lawyer listed in Best Lawyers® via Internet e-mail or through the Best Lawyers® Web site is not secure and is done so on a non-confidential basis. Communication with Best Lawyers® or an Lawyer listed in Best Lawyers® via Internet e-mail through this site does not constitute or create a lawyer-client relationship. Best Lawyers® does not necessarily endorse, and is not responsible for, any third-party content that may be accessed through this website.
Add Comment
Your comment was saved successfully!
Thank you for your feedback.