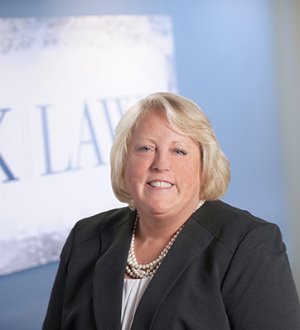 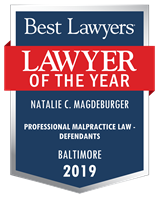 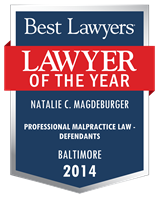 For over 30 years, Natalie has been an attorney defending actions of wrongful death and serious personal injury claims at both the trial and appellate levels. Natalie has been engaged in the representation of physicians and hospitals throughout the State of Maryland in the defense of medical negligence and other health care related actions. In addition, Natalie has represented landlords in the defense of personal injury claims relating to alleged lead paint poisoning as well as manufacturers defending product claims including kerosene heaters, snow plows, heavy metals and pesticides. Natalie has also represented parties in the defense of actions involving allegations of premises liability, negligent hiring, negligent supervision, negligent security, and false arrest as well as insurers in cases of suspected insurance fraud.

Natalie, a Duke undergraduate and a University of Maryland School of law graduate, has earned an AV Preeminent Peer Review by Martindale-Hubbell and has been recognized by her peers by being selected to Maryland Super Lawyer's, Top 25 Woman Lawyers, Maryland's Top 100 Women in 2006 and 2015, Lawyer of the Year in 2015 as well as being named by Woodward/White's as one of their Best Lawyer's in America in Medical Malpractice Law.