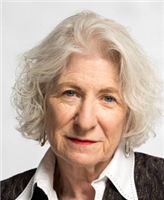 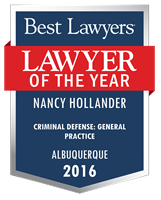 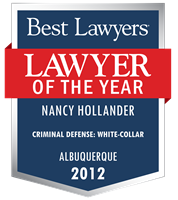 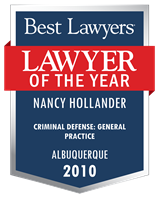 Her practice is largely devoted to representing individuals and organizations accused of crimes, including those involving national security issues. She has also been counsel in numerous civil cases, forfeitures and administrative hearings, and has argued and won a case involving religious freedom in the United States Supreme Court. Ms. Hollander also served as a consultant to the defense in a high profile terrorism case in Ireland, has assisted counsel in other international cases and represents two prisoners at Guantanamo Bay Naval Base. She is lead counsel for Chelsea Manning on appeal.

Ms. Hollander has taught in numerous trial practice programs and at national and international seminars on various subjects including the securing of evidence in international cases, forfeiture, illegal search and seizure, expert witnesses, defense of child abuse cases, ethics, evidence, and trial practice. She has written extensively on these and other criminal law topics. She has coordinated and taught training courses for criminal defense lawyers wishing to appear before the ICC and the ICTY, was the coordinator of a jury trial training project in Russia and has served as a consultant to the United Nations Development Programme in Vietnam.

Ms. Hollander is listed in the “Top 250 Women in Litigation in the U.S.” for 2012 - 2014. In 2001, Ms. Hollander was named as one of America’s top fifty women litigators by the National Law Journal. In 1992-93, she was the President of the National Association of Criminal Defense Lawyers. She is listed in The Best Lawyers in America, the National Directory of Criminal Lawyers, and the International Who’s Who of Business Crime Lawyers. She received the Professional Lawyer of the Year Award from the New Mexico Trial Lawyers Foundation in 2006. In 2007, she was highlighted in Superlawyers, top twenty-five New Mexico lawyers. She was chosen as Best Lawyers’ Albuquerque Criminal Defense: Non-White-Collar Lawyer of the Year in 2010 and White-Collar Lawyer of the Year in 2011.

Ms. Hollander holds national security clearances. She can be reached at n.hollander@doughtystreet.co.uk or nh@fbdlaw.com.