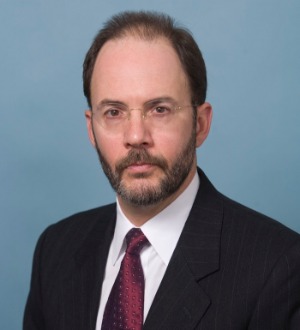 Navigate to map location for Mitri Najjar Visit the website for Mitri Najjar at https://www.gibsondunn.com/lawyer/najjar-mitri
Your comment has been submitted!
We have encountered an error and are unable to process your comment at this time. Please refresh the page and try again later.
Add Comment
In making your comments, please do not refer to a pending legal matter.
Share My Profile
Post on Social

?Mitri J. Najjar is a partner in the London office. He is admitted in both Washington D.C. and New York. He has 30 years of experience representing a wide variety of clients in numerous international transactions.

Mr Najjar has resided and practiced law in Riyadh, New York City, Washington D.C., Dubai and London. He works extensively in the international commercial and banking areas, as well as on domestic securities matters and acquisitions.

Mr. Najjar is ranked as a ‘foreign expert’ for both UAE: Corporate/M&A and UAE: Corporate/Commercial by Chambers Global 2016, and recognised as a Corporate/M&A ‘expert’ in advising on inbound and outbound Middle Eastern deals by Chambers UK 2017. He is also recommended for UAE: Corporate and M&A by Legal 500 EMEA 2016, and has most recently been recognized by Best Lawyers 2023 in the UK for Corporate Law. He was also recognized by Best Lawyers in 2017 in the UAE as a leading lawyer for Mergers and Acquisitions Law. Mr. Najjar is also ranked as a notable practitioner in IFLR1000 2022 for M&A.

He was a member of the Council on Foreign Relations from 1989 to 1994 and is a member of Phi Beta Kappa. He is fluent in Arabic.

Recognized in The Best Lawyers in United Kingdom™ 2023 for work in: