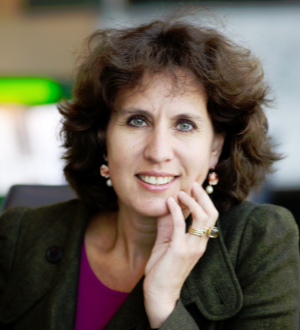 Navigate to map location for Michaëla Ulrici Visit the website for Michaëla Ulrici at https://www.nautadutilh.com/en/our-people/u/ulrici-michaela/
Your comment has been submitted!
We have encountered an error and are unable to process your comment at this time. Please refresh the page and try again later.
Add Comment
In making your comments, please do not refer to a pending legal matter.
Share My Profile
Post on Social

Michaëla Ulrici was Chair of the Board of NautaDutilh from June 2010 to July 2014.

Michaëla is co-head of NautaDutilh's Dutch Structured Finance team, including Securitisation, Covered Bonds and portfolio transfer. She was involved in the first ever public securitisation transaction in the Netherlands and has acted in many securitisation transactions since that time. Michaela is (the only Dutch) boardmember of Prime Collateralised Securities (PCS) an organization which has been set up to reinforce high quality securitisations and market resilience in Europe. She also chairs the board of the "Amsterdams Universiteitsfonds".

Michaëla graduated from Amsterdam University in 1991. After obtaining a Bachelor's Degree in Modern Japanese Studies at the Erasmus University Rotterdam, she joined NautaDutilh in 1994. She became a partner in the Banking and Finance department in 2002 and specialised in structured finance and securities law. She lectures regularly on subjects in her field.

Michaëla has been recommended in many expert guides as follows:

Chambers Global 2013: Michaëla is a driving force in the firm's capital market practice, and "one of the most experienced and practical securitisation lawyers in the Netherlands" according to clients.

Chambers Global 2014: The "brilliant" Michaëla Ulrici is regarded by the entire market as the most experienced RMBS lawyer around," according to a source. Clients further enthuse: " She is very strong at explaining different positions in discussions, and explaining technical concepts to those without a legal background."

Chambers Global 2015: Michaëla Ulrici is hailed by commentators as "one of the inventors of securitisation in the Netherlands." Sources add: "She combines a through legal grounding with an understanding of originator's perspective."

Chambers Global 2016: Michaela Ulrici is an expert both technically and also in terms of managing third parties in more complex transactional structures, according to clients. She has expertise in public securitization transactions, particularly those involving ABS.

27 The Best Lawyers in the Netherlands™ awards

Recognized in The Best Lawyers in Netherlands™ 2018-19 for work in: