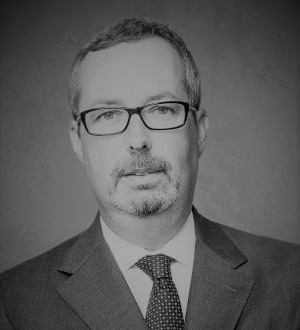 Michael W. Lacy, B.A., LL.B., is an experienced trial and appellate lawyer practicing in the area of criminal law and administrative disciplinary proceedings. He received his Bachelor of Arts in Philosophy from the University of Western Ontario and his law degree from Osgoode Hall Law School. He started his career with the esteemed criminal law firm of Gold & Fuerst and was called to the bar as a lawyer in Ontario in 1997.

Throughout his career he has worked with some of Canada’s leading counsel including being law partners with Eddie Greenspan, one of Canada’s most well-known criminal lawyers, until Eddie passed away in 2014. He joined Brauti Thorning LLP as a partner in 2016. Michael has practiced at all levels of court in Ontario arguing and has appeared on more than 125 appeals to the Court of Appeal for Ontario. He is a member of the Inmate Appeal Duty Counsel Program providing pro bono services to unrepresented appellants in criminal appeals. He has also argued appeals at the Supreme Court of Canada and appeared as intervention counsel for the Criminal Lawyers’ Association and the Canadian Civil Liberties Association. He is an invited advocacy adviser registered with the Supreme Court Advocacy institute where he provides pro bono advice and critique to counsel appearing at the Supreme Court of Canada during mock advocacy sessions.

Michael has also appeared as counsel in courts in New Brunswick, Newfoundland, Quebec and Saskatchewan. As a result of the national mobility agreement among provincial law societies, he is authorized to practice law throughout Canada other than in Quebec where a temporary call to the bar is required on a case by case basis.