Mike Slack focuses on the most challenging and demanding areas of civil litigation, including aviation law and products liability cases against major corporations. A licensed pilot and former NASA aerospace engineer, Mike combines his technical knowledge and skills with his extensive litigation and trial experience for the benefit of his clients.

Mike's legal experience includes more than 36 years and litigating hundreds of lawsuits arising from catastrophic injuries and deaths due to unsafe products or practices. For most of his legal career, he has focused on aviation accident cases, handling a diverse array of aviation accident cases in every aviation realm from major airline disasters to smaller general aviation aircraft. Besides providing the highest-quality legal services, Mike believes that it is his firm's responsibility not just to serve as our clients' legal advocate, but also to provide a comprehensive support system for our clients who have experienced a tragedy in their lives. In his legal career Mike has litigated or tried lawsuits in state or federal courts in 36 states.

As an engineer, Mike is a problem solver. He relentlessly seeks to identify the problem that led to the accident or loss and identify ways to correct deficiencies in the product or practice. Mike makes it a priority to be proactive in a lawsuit and reduce or eliminate the risk of similar accidents or losses from happening in the future. He has received national media attention as an advocate for aviation safety, especially stronger federal oversight over unsafe products or practices in the realms of aircraft design and operations of air ambulances, charters, air tours and commercial hot air balloons.

Mike has achieved record settlements and verdicts in numerous cases against aviation operators and manufacturers. Besides securing optimum monetary compensation for his clients, Mike aggressively seeks to eliminate dangerous defects for unsafe products or practices. In a case where the product defect was being ignored by the manufacturer and the Federal Aviation Administration, he was able to negotiate a voluntary recall program as part of the settlement, in which the helicopter manufacturer agreed to establish a retrofit program for its owners to obtain a redesigned fuel system that eliminated the risk of a post-impact fire in otherwise survivable accidents. That agreement also included an inspection protocol where he could visit the manufacturer’s facility and inspect the retrofit production line with no prior notice to the manufacturer.

Prior to becoming a lawyer, Mike was a senior aerospace engineer at NASA, where he worked on the Apollo-Soyuz and Space Shuttle programs and received special recognition from NASA for his contributions. While at NASA he innovated a system, later used on Space Shuttle launches, which greatly mitigated flight loads during ascent. In 2002, the American Institute of Aeronautics and Astronautics named Mike an Associate Fellow, a unique honor for an attorney. He has been honored with the Outstanding Aerospace Engineer and Distinguished Aerospace Engineer Alumni Awards by the Texas A&M University's Department of Aerospace Engineering in the Dwight Look College of Engineering.

Mike is certified by the National Board of Trial Advocacy as a Civil Trial Advocate and by the Texas Board of Legal Specialization in Personal Injury Trial Law. 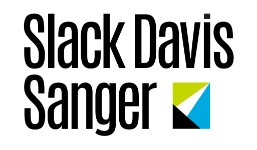