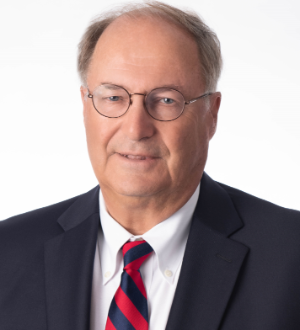 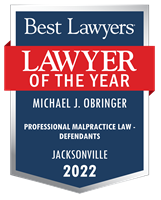 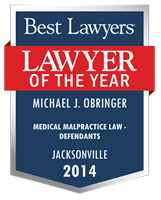 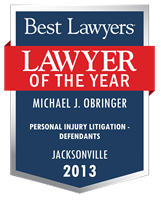 Michael has been practicing law for over 35 years, of which the last 20 have been devoted to insurance defense litigation. He tries significant product liability cases where there is catastrophic damage and/or serious injury or death. Michael also defends doctors, dentists, hospitals, and their employees, as well as other professionals such as lawyers, in malpractice suits and claims brought against them. To date, Michael has tried over 300 cases to verdict.

Michael has also handled matters in trucking and transportation litigation. He is currently approved counsel for AIG Transport South and has tried multiple vehicle matters with two cases to verdict.

Defense verdict for doctor sued in medical malpractice case. Wife died as a result of Crohn's disease on the morning she was scheduled to have a colonoscopy by defendant. Plaintiff/husband claimed doctor should have hospitalized patient/wife after initial office visit. Plaintiff claimed that the colonoscopy should have been performed much sooner and that patient was hospitalized after initial office examination.

Catastrophic accident resulting in serious burn injuries and death to multiple plaintiffs after a concrete pole was installed and came into contact with an overhead electrical conductor. Claim was brought by manufacturer of concrete electrical pole. Plaintiff's theory was an alleged failure to warn and provide insulation to protect electrical workers from shock. After a two-week trial, the jury returned a verdict in favor of the defense.

Plaintiff/pilot lost the use of his left arm and filed suits against multiple defendants. Represented home healthcare company in medical malpractice and nursing malpractice claims. Prior to the announcement of the verdict, claim settled for $900,000. Initial demand before trial was $5 million.

Retrial of claims against funeral home and for cremation services for lost remains of parent.

Retrial of claims against funeral home and for cremation services for lost remains of parent. Original trial was handled by another law firm and resulted in plaintiff's verdict in the amount of $9 million. The case was set for a second trial on the issue of damages only. Jury returned a verdict of $160,000 after plaintiffs refused final settlement offer of approximately $1 million.