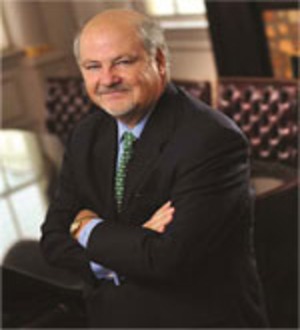 Mike is the founding and managing member of Farrell, White & Legg PLLC and public servant. He is a distinguished trial lawyer, author, lecturer, bar and educational leader.

A Fellow of the American College of Trial Lawyers, he continues to be recognized by Chambers USA as a Tier 1 outstanding litigator and was selected again by his peers as one of the TOP 10 Super Lawyers in West Virginia. He carries an AV rating from Martindale Hubbell. For more than twenty years, the Best Lawyers in America recognized Mike as a West Virginia Best Lawyer in both the Business Litigation and Defense of Personal Injury Litigation categories. He is licensed to practice in both West Virginia and Kentucky.

He is admitted to the United States Supreme Court, the Courts of Appeal for the Fourth, Sixth and District of Columbia Circuits, plus the federal and state courts in West Virginia and Kentucky. Twice in his career, the West Virginia Attorney General appointed him Special Assistant Attorney General. He has appeared as Pro Hac Vice counsel in Illinois, Pennsylvania, Delaware, Alabama, Virginia and North Carolina.

His scholarly national and international publications include a recent chapter in the Defense Counsel Training Manual published by the International Association of Defense Counsel and a impending publication of a Chapter regarding Professional Healthcare Licensing Boards. Other book chapters include the Joint Defense Doctrine also published by the IADC Advocacy in the 21st Century, a featured article in the DRI’s Medical Malpractice Monograph, and multiple law review articles published in The Defense Law Journal, American Journal of Trial Advocacy and West Virginia Law Review. He is a frequent continuing legal education lecturer regarding evidence, legal ethics, products liability, professional liability and trial tactics.