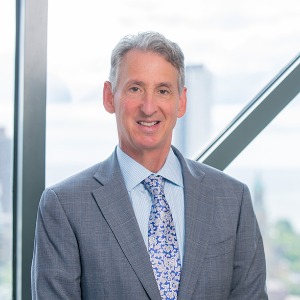 Meissner Tierney Fisher & Nichols S.C.
"Michael Cohen is a pleasure with whom to work. He has great expertise within his specialty, is very responsive, and is cost-effective and practical. Michael also has a very good manner and style when dealing with both clients and opposing counsel."

"Michael Cohen is an outstanding litigator. He is practical and accomplishes a cost-effective result."
Read More Client Comments

Shareholder Michael J. Cohen has more than 25 years of experience in complex commercial litigation in federal and state courts. His proven record of numerous favorable verdicts at the trial and appellate levels has earned him a reputation as one of Wisconsin’s preeminent business litigators.  For many years, Mike has been recognized by members of the Wisconsin bar and judiciary as one of the top lawyers in the state.

Mike concentrates his practice on complex commercial litigation including non-compete and other restrictive covenants, breach of contract, business torts, shareholder disputes and employment; environmental and toxic tort litigation; and on complex insurance coverage litigation, including environmental and asbestos liabilities and bad faith claims. He has been involved in some of the most significant complex insurance coverage matters in Wisconsin and other surrounding states over the two decades.

"Michael Cohen is a pleasure with whom to work. He has great expertise within his specialty, is very responsive, and is cost-effective and practical. Michael also has a very good manner and style when dealing with both clients and opposing counsel."

"Michael Cohen is an outstanding litigator. He is practical and accomplishes a cost-effective result."

"Michael Cohen is knowledgeable and able to provide in-depth analyses of issues. " 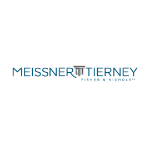 Shareholder Michael Cohen’s Article “A Perilous Decision: Steadfast Explains an Insurer's Duty to Defend in the Multi-Insurer Context (and the Damages

784 N.W.2d 341 (Minn. 2010); A complex environmental insurance coverage action in which the client, a nationally renown liability insurer, obtained summary judgment in its favor, with such decision being affirmed by the Minnesota Court of Appeals and then, on other grounds, by the Minnesota Supreme Court. In doing so, Attorneys Michael Cohen and Thomas Hruz convinced the Minnesota Supreme Court to overrule a 43-year-old precedent and create new law on contribution rights between insurers as to their duty to defend an insured, all in a manner favorable to our client and insurers generally.

United States District Court for the Eastern District of Wisconsin (2005-2008); A multi-million dollar breach of contract action by our client, an individual sales representative whose contract with a major, national medical device company was summarily and without legitimate cause terminated. The case settled soon after our client obtained a number of very favorable court rulings immediately prior to trial, including a ruling rejecting a Daubert challenge to our client’s damages expert while disqualifying the defendant’s corresponding expert.

2004 WI 97, 274 Wis. 2d 143, 682 N.W.2d 389; Our client, one of the nation's largest industrial sand suppliers, was sued by a foundry worker with silicosis claiming strict liability for allegedly producing an unreasonably dangerous product. Cohen and his colleagues obtained a directed verdict after two weeks of trial. The directed verdict was upheld by the Wisconsin Court of Appeals and by the Wisconsin Supreme Court, which held that sand in its raw form was not an unreasonably dangerous product as a matter of law, effectively creating legal immunity for our client.

United States District Court for the Eastern District of Wisconsin (2003). An anesthesiology group and its officers were sued by a former member of the group for national origin discrimination and retaliation claims. Cohen and his colleagues obtained summary judgment dismissing all claims against the defendants and an order for costs. The case established precedent on “stray remarks” as not constituting direct evidence of discrimination and the need for common decision makers to have performed the alleged discriminatory acts.

Brown County Circuit Court, Wisconsin (1999).   Emergency physician group brought claims of tortious interference of non-compete agreements and conspiracy to injure business against client, who was awarded exclusive hospital contracts for emergency room services. Michael Cohen obtained summary judgment for our client dismissing all claims and declaring that the physician non-compete agreements were unenforceable as a matter of Wisconsin law.

Contact Michael J. Cohen
If you would like this lawyer to contact you directly in regards to a legal matter, please fill in the relative information below. The lawyer will then be sent your inquiry.
Your message was sent successfully!
Legal Disclaimer: Any information sent to Best Lawyers® or referred to a lawyer listed in Best Lawyers® via Internet e-mail or through the Best Lawyers® Web site is not secure and is done so on a non-confidential basis. Communication with Best Lawyers® or an Lawyer listed in Best Lawyers® via Internet e-mail through this site does not constitute or create a lawyer-client relationship. Best Lawyers® does not necessarily endorse, and is not responsible for, any third-party content that may be accessed through this website.
Add Comment
Your comment was saved successfully!
Thank you for your feedback.