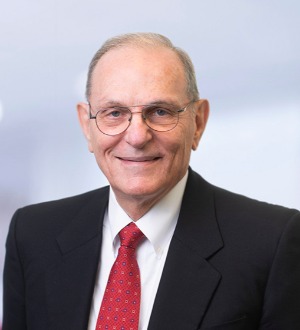 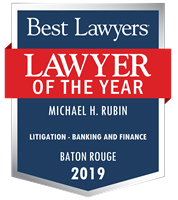 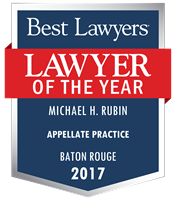 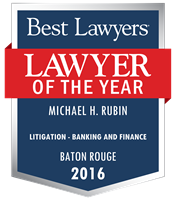 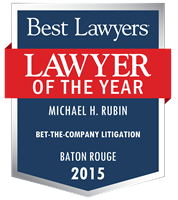 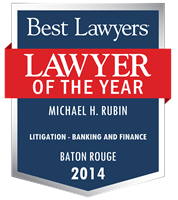 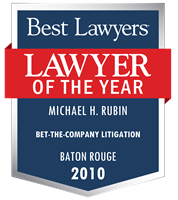 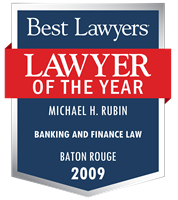 Michael H. Rubin is a member in the firm's Baton Rouge office.

Recognized for the depth of his knowledge about both business litigation and commercial financing, Mike has served as President of both the U.S. Federal Fifth Circuit Bar Association and the American College of Real Estate Lawyers, and for more than three decades has taught the course on Louisiana finance and real estate at the LSU Law School and other law schools throughout the state. His numerous law review articles and publications on real estate and finance have been cited as authoritative by state and federal courts, including the U.S. Fifth Circuit and the U.S. First Circuit. Mike is one of only fifty U.S. attorneys elected to the Anglo-American Real Property Institute and is one of only four voting Board members. He is active in the ABA's Real Property Section, the American Law Institute and is a member of numerous other business organizations, including the American College of Appellate Lawyers and the American College of Commercial Finance Attorneys.

Known for appellate advocacy, Mike has argued major cases before numerous state and federal appellate courts (including the U.S. Fifth, and Seventh, and D.C. Circuit Courts of Appeal, and the Louisiana Supreme Court, and numerous state intermediate appellate courts) on matters such as: constitutional law; labor law; legal ethics; local governmental zoning affecting private interests; property and contractual issues; oil and gas matters affecting the entire Gulf region; taxation; education issues; and matters of critical importance to the Louisiana lending community. Mike is a past president of the U.S. Fifth Circuit Bar Association, and currently serves on its Board of Directors, and is a member of the American Academy of Appellate Lawyers, and has served as a member of the Fifth Circuit Rules Committee. Trials he has handled have included ground-breaking cases in the area of Louisiana finance and secured lending; major multi-million dollar commercial cases involving contract disputes, construction issues, and commercial transactions; trials of national importance concerning federal voting rights, bankruptcy, environmental law and constitutional issues.

Mike is regularly retained by governmental agencies in connection with major constitutional and educational matters affecting the state. He has successfully handled matters concerning the constitutional financing of education in Louisiana, the ability of the Louisiana Supreme Court to pass rules and regulations affecting the practice of law, and litigation that sought to undermine state statutes and contracts relating to gaming.

Mike has served as an editor of a number of legal journals, including the ABA Section on Litigation Appellate Practice and Update Journal (Update Editor), the Louisiana Bar Journal, and Louisiana Law Review (Articles Editor).