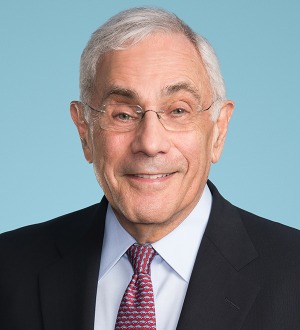 During his more than 30 years of practice, Mr. Jaffe has focused on dispute resolution internationally in arbitrations under various international arbitral regimes and domestically in court and arbitration proceedings. A significant part of his work has involved representing owners, contractors and other stakeholders in projects ranging from infrastructure and energy facilities to sports stadiums and a wide variety of commercial structures. He has acted as counsel in numerous international and domestic arbitrations, has been counsel in mediations involving both international and domestic matters and has served as an arbitrator involving projects in North America, South America, the Caribbean, Mexico, Europe, and Asia. Mr. Jaffe is a member of the Chartered Institute of Arbitrators. He has been lead counsel in a wide array of construction industry and commercial litigation matters. He has been widely recognized as a leading trial lawyer.
Read more on firm website

"Michael Evan Jaffe has great skills and judgment to match. He is very efficient and insightful."