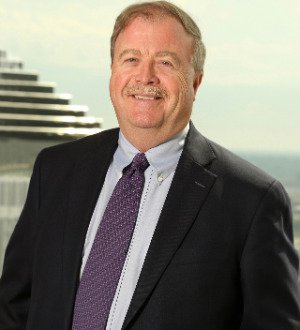 Managing Partner of Madigan, Dahl & Harlan, P.A. Over thirty (30) years’ experience as a civil trial lawyer practicing in the areas of administrative, antitrust, business, commercial, distributor, dealer, franchise, construction, employment, and environmental law. AV-rated by Martindale Hubbell for twenty-three (23) years, recognized as a “Super Lawyer” by the Minnesota Journal of Law and Politics for fourteen (14) years, and selected for inclusion in the 20th Edition of the Best Lawyers in America in the practice area of Franchise Law. For the last eighteen (18) years, served as an Arbitrator and Mediator on the Complex Commercial Panel of the American Arbitration Association and served as a Neutral on the Minnesota ADR Neutrals Roster. Inducted as a Fellow, Litigation Counsel of America (a trial lawyer honorary society composed of less than one-half of one percent of American lawyers). Appointed by Governor Dayton to the Metropolitan Airports Commission. Instrument rated Private Pilot. Appointed by Washington County Commissioners to serve on the Board of Managers, South Washington Watershed District. Previously served eight (8) years on the Woodbury City Council and three (3) years as Chair of the Woodbury Planning Commission. Formerly, Writing Instructor at William Mitchell College of Law. Recipient of the Alumni Student Award of Merit and Editor of William Mitchell Law Review.

This matter before the Supreme Court involved a challenge to Michigan and New York liquor laws. It represented the seminal case on the interplay between the Dormant Commerce Clause and the 21st Amendment. I was Counsel of Record for the National Beer Wholesalers Association and submitted an Amicus Brief on their behalf in support of the States.

This matter before the 9th Circuit Court of Appeals involved a lawsuit against the State of Washington challenging state liquor laws on antitrust grounds. I was Counsel of Record for the National Beer Wholesalers Association and submitted an Amicus Brief on their behalf in support of the State. With two limited exceptions, the laws were upheld.

This matter before the 8th Circuit Court of Appeals involved a lawsuit against the State of Missouri challenging a liquor residency law under the Dormant Commerce Clause, Equal Protection Clause, and Privileges and Immunities Clause. I was Counsel of Record for the National Beer Wholesalers Association and submitted an Amicus Brief on their behalf in support of the State. The law was upheld and provided further clarity on the interplay between the Dormant Commerce Clause and 21st Amendment.