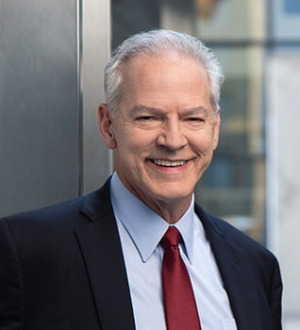 He also advises clients inside and outside the United States on compliance with U.S. laws, and he recently served as General Counsel to the largest monitorship in history, the Volkswagen AG Monitorship.

Mr. Sullivan represented Relators in two of the most significant health care fraud qui tam recoveries in recent years: (1) the $465 million settlement by Mylan, Inc. in 2017 for erroneously classifying its patented, brand name drug EpiPen as a generic drug to avoid its obligation to pay higher Medicaid rebates; and (2) the groundbreaking case that authorized use of statistical sampling to prove elements of FCA liability and damages, United States ex rel. Glenda Martin v. Life Care Centers of America, Inc. (E.D. TN), which in 2016 produced the largest health care fraud settlement in history against a skilled nursing facility chain.

Mr. Sullivan also was a member the Senior Leadership Team of the Volkswagen AG Monitorship, as counsel to Larry D. Thompson in Mr. Thompson’s role as the Independent Compliance Monitor and Auditor of Volkswagen AG, and as counsel to the VW Monitor Team. Mr. Sullivan’s responsibilities include coordinating with counsel across the globe to advise on legal requirements of countries in Europe, Asia, North America, and South America.

Over his career, Mr. Sullivan also has represented large businesses and individuals in complex cases, many involving fraud and breaches of fiduciary duty. Among many jury trials, Mr. Sullivan served as lead counsel to a major international corporation and won an eight-figure jury verdict against defendants who had defrauded the company and breached their fiduciary duties to it.

From 1995-98, Mr. Sullivan served under Larry D. Thompson as a federal prosecutor in the Independent Counsel investigation of the Department of Housing and Urban Development, which included the prosecution of former Secretary of the Interior James Watt. His experience also includes representing clients in white collar criminal investigations and prosecutions, including financial fraud and tax investigations.

Mr. Sullivan has also conducted internal investigations for organizations, and has advised organizations on compliance issues.

Mr. Sullivan has long held the highest rating (AV) for legal ability and ethical standards from Martindale-Hubbell, and has been selected as a “Super Lawyer” for 15 consecutive years from 2006 to present.

Mr. Sullivan is a 1984 graduate of Vanderbilt Law School, where he was Senior Articles Editor of the Vanderbilt Law Review and was selected to Order of the Coif. He clerked for U.S. District Judge Marvin H. Shoob in Atlanta from 1984-86. He earned his undergraduate degree at the University of North Carolina.

He has been a speaker abroad and across the United States at programs on whistleblower laws and compliance issues. He is also active in various legal and community organizations.