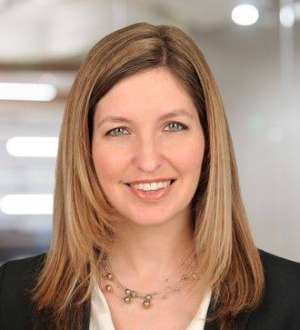 Navigate to map location for Megan E. Walker Visit the website for Megan E. Walker at https://www.fisherphillips.com/people/megan-e-walker.html?tab=overview
Your comment has been submitted!
We have encountered an error and are unable to process your comment at this time. Please refresh the page and try again later.
Add Comment
In making your comments, please do not refer to a pending legal matter.
Share My Profile
Post on Social

Whether she’s negotiating a settlement, presenting oral argument in court, or drafting an appellate brief, Megan fights smart for her clients.

Before beginning her legal career, Megan gained experience in multiple industries. She produced the world premiere of an off-Broadway play, provided research support to financial and legal professionals in global mergers & acquisitions, and worked as an analyst in merchandise planning and allocation at a Fortune 500 fashion retail conglomerate. As a result, she better understands her clients’ big picture business concerns.

While in law school, Megan was an Articles Editor for the Ohio State Law Journal, served as President of the Business Law Society, and externed at the District Court for the Southern District of Ohio as well as the civil division of the United States Attorney’s Office for the Southern District of California. She earned CALI awards for excellence in multiple courses, including Legal Analysis & Writing II at Ohio State and Employment Law as a visiting student at the University of San Diego School of Law.

Megan serves as an instructor in Human Resources Management & the Law at San Diego State University. Additionally, Megan’s insights on employment law and related topics have been published and quoted in many magazines and newspapers, including The Daily Journal, Law360, and The Daily Transcript, as well as industry-specific publications for the Craft Beer, Retail, and Hospitality industries.

125 The Best Lawyers in America® awards

59 Best Lawyers: Ones to Watch® in America awards