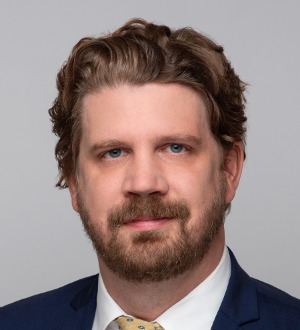 With his unique combination of diligence, pragmatism and creativity, Maurice Dransfeld makes sure employers and management have a solid understanding of their labour and employment issues. He doesn’t just give his clients a multitude of options and leave it up to them to figure out the best one. Instead, he gives clear recommendations and advice so employers and management can be confident in making sound decisions, even in the most complex situations, that translate into strategies for business success.

As leader of the Labour & Employment Practice Group at McLennan Ross, Maurice not only knows the intricacies of labour and employment law, he also knows how to apply it to the real world of business. His extensive experience in management-side labour and employment issues includes wrongful dismissal, terminations, employment standards, privacy matters, and human rights, such as discrimination issues. He has appeared at all levels of court in Alberta and has experience in front of the Labour Relations Board, the Human Rights Tribunal, the Canadian Industrial Relations Board, as well as Employment Standards. He has also appeared at all levels of appeal for workers’ compensation, including the Appeals Commission for Alberta Workers’ Compensation.

Maurice also offers legal advice and guidance on the day-to-day management of a company. He values hands-on service and spending time in a client’s workplace to gain a real understanding of a company’s needs and how it operates. He advises employers on employment policies and practices and assists with the drafting, implementation and application of employment agreements, independent contractor agreements, and confidentiality provisions.

Areas of particular focus for Maurice are unionized workplaces, non-competition matters, and Workers’ Compensation issues. Employers especially value his considerable experience assisting with matters related to non-compete agreements, among the most disputed and litigated documents in employment law. Notably, he has acted in a number of complex and precedent-setting employee non-competition matters, two of which were heard at the Court of Appeal.

Maurice was born and raised in northern Germany before immigrating to Canada when he was 16. He is fluent in German.

He worked his way through school, first on the printing press for the Edmonton Sun and then at a plywood factory where he worked two 12-hour rotating day and night shifts every weekend all through law school. Working at these jobs helped him understand the value of a person’s labour and when he started his first office job, he made the decision to become a labour and employment lawyer.

This diverse background has provided Maurice with a unique approach to practising law. Knowing that people’s work is such an integral part of their lives, he finds it meaningful to be involved in the important decisions made by employers. Maurice is known for being down-to-earth and easy-going (and loyal, because he still roots for his rather hopeless soccer club Hamburg SV in the 2. Bundesliga).

44 The Best Lawyers in Canada™ awards

4 Best Lawyers: Ones to Watch in Canada awards