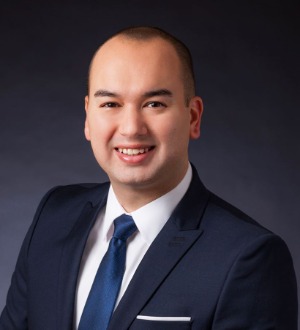 Navigate to map location for Matthew T. Evans Visit the website for Matthew T. Evans at https://hawaiilawyer.com/attorney/matthew-t-evans/
Your comment has been submitted!
We have encountered an error and are unable to process your comment at this time. Please refresh the page and try again later.
Add Comment
In making your comments, please do not refer to a pending legal matter.
Share My Profile
Post on Social

Matt Evans is a Director of Damon Key and practices in the firm’s Business and Commercial Law, Real Estate, Construction Law, Creditors’ Rights, and Trial and Appellate Litigation, Arbitration and Mediation practice groups. With a primary focus on commercial disputes, Matt aims to provide legal services in a manner that places his clients’ goals at the center, with a mind toward helping them prevent disputes before they occur and, when necessary, resolve disputes by finding practical, sensible, and efficient solutions that are firmly grounded in the law.

With this approach in mind, Matt has litigated a wide variety of cases on behalf of both businesses and individuals, ranging from relatively minor landlord-tenant issues to multi-million dollar commercial, construction, and real estate disputes. He has provided legal services on behalf of Fortune 500 companies, national and local banks, general contractors, subcontractors, and suppliers, real estate holding companies, and local businesses and nonprofit organizations, both large and small. Recognized by Super Lawyers as a “Rising Star” since 2013, Matt has experience litigating cases before the Hawaii District Courts, Circuit Courts, Intermediate Court of Appeals, and Supreme Court, as well as the United States District Court for the District of Hawaii and the Ninth Circuit Court of Appeals.

Matt currently serves as one of the firm’s member contacts with Meritas, an established worldwide alliance of more than 180 independent commercial law firms with a collective presence in more than 240 global markets. He also serves as a member of Damon Key’s Executive Committee and plays a vital role in managing the firm.

Matt is also an active member of both the Hawaii State Bar Association (HSBA) and the American Bar Association (ABA). He was previously chosen as a Fellow of the HSBA’s Leadership Institute (2013), and was instrumental in the formation and success of the Young Lawyers Committee of the ABA’s Section of State and Local Government Law, having served as Secretary and later Co-Chair of the Committee from 2013-2016. In 2018, he was named by Pacific Business News as a “40 Under 40” honoree and recognized as one of the best and brightest young business leaders in Hawaii.

Born and raised in Kaneohe on the windward side of Oahu, Matt obtained his Bachelor’s degree, with distinction, from the University of Hawaii at Manoa, where he majored in Communication and minored in Music. He continued on to the University of Hawaii’s William S. Richardson School of Law for law school where he obtained his J.D. and graduated magna cum laude. During law school, Matt was the recipient of several academic and scholarship awards, including the Hawaii State Bar Association C. Jepson Garland Memorial Scholarship Award for authoring the best paper on Real Property and Land Use, the CALI Excellence for the Future Award for achieving the highest grade in Negotiable Instruments, and the Richard S. and Percy K. Mirikitani Memorial Scholarship Award.

When he’s not in the office or courtroom working for his clients, Matt looks forward to spending time with his wife, Taryn, and their dog, Ava. He enjoys traveling, sports, and playing music. And he loves being a lawyer.