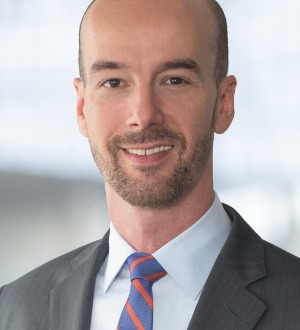 Navigate to map location for Matthew S. Stiff Visit the website for Matthew S. Stiff at https://www.kmblegal.com/attorneys-and-staff/matthew-stiff
Your comment has been submitted!
We have encountered an error and are unable to process your comment at this time. Please refresh the page and try again later.
Add Comment
In making your comments, please do not refer to a pending legal matter.
Share My Profile
Post on Social

Matthew Stiff joined Katz, Marshall & Banks in June 2009. Mr. Stiff is a tireless advocate and has helped achieve successful outcomes for numerous clients under the Sarbanes-Oxley corporate whistleblower protections, the False Claims Act anti-retaliation provisions and the anti-discrimination and retaliation protections of Title VII of the Civil Rights Act and corresponding state laws. Mr. Stiff was recognized in the 2021 edition of Best Lawyers in America, and as a Rising Star by Super Lawyers from 2017-2020, for his outstanding work in employment law.

Mr. Stiff received a Bachelor of Arts in history from The Ohio State University, graduating summa cum laude with honors, in 2005. He graduated from New York University School of Law in 2008, where he served on the Student-Faculty Executive Committee and was involved in the school’s fundraising efforts in support of public interest legal careers. He received an NYU Law post-graduate public interest fellowship in September 2009.Prior to joining Katz, Marshall & Banks, Mr. Stiff worked with the Human Rights Campaign as a McCleary Law Fellow. In connection with this work, Mr. Stiff authored “Breaking Down Barriers: An Administrator’s Guide to State Law & Best Policy Practice for LGBT Healthcare Access” (Human Rights Campaign Foundation, May 2009). He additionally co-authored “Disparate Treatment: Understanding the Impact of Same-Sex Relationship Recognition on the LGBT Healthcare Experience,” published by Health Lawyers News, the American Health Lawyers Association’s official publication, in July 2009, later presenting his work at the Gay & Lesbian Medical Association’s National Conference.