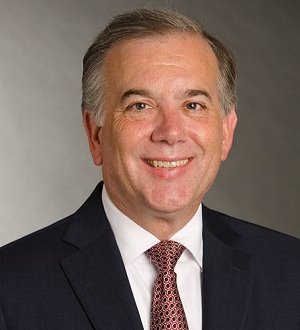 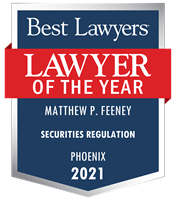 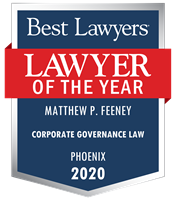 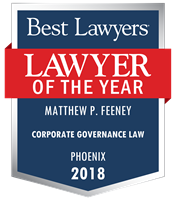 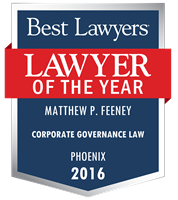 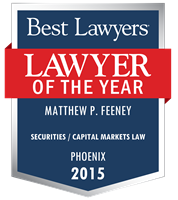 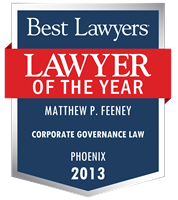 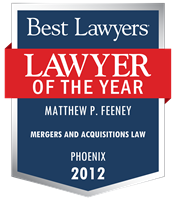 Matt Feeney is the Chair of Snell & Wilmer, one of the largest law firms in the Western United States, with offices in Arizona, California, Nevada, Utah, Colorado, and Los Cabos, Mexico. His practice is concentrated in the areas of mergers and acquisitions, securities offerings, SEC reporting and compliance, and corporate governance matters, including advising corporate boards and board committees.

Matt has represented companies in public and private offerings of several billion dollars of secured debt, senior debt, subordinated debt, and common stock and preferred stock. He has represented numerous buyers and sellers in both public and private mergers and acquisitions. He has received numerous professional awards and recognition over his career, including being named among the “Best Lawyers in America”; Chambers USA; America’s Leading Lawyers for Business, Corporate/Mergers and Acquisitions; Southwest Super Lawyers; Lawdragon Top 3000 Leading Lawyers in America; and Arizona’s Finest Lawyers.

Matt is a member of the Board of Directors of The Greater Phoenix Chamber of Commerce and of the Musical Instrument Museum. He is a founding Board Member and past-Chairman of the St. Joseph the Worker Job Service for the Homeless and has received the Sir Thomas More Award, as well as the University of Notre Dame Exemplar Award for Community Service. He serves on the Board of Directors of Attorneys’ Liability Assurance Society, Inc., a mutual insurance company.

161 The Best Lawyers in America® awards

45 Best Lawyers: Ones to Watch in America awards