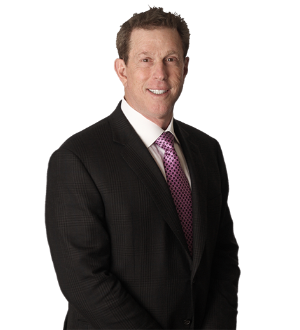 Navigate to map location for Matthew B. "Matt" Gorson Visit the website for Matthew B. "Matt" Gorson at https://www.gtlaw.com/en/professionals/g/gorson-matthew-b
Your comment has been submitted!
We have encountered an error and are unable to process your comment at this time. Please refresh the page and try again later.
Add Comment
In making your comments, please do not refer to a pending legal matter.
Share My Profile
Post on Social

Matt Gorson currently serves as Co-Chairman of the firm. Prior to this appointment, Matt served the firm as its President. He joined Greenberg Traurig in 1973 as the firm's 14th lawyer, and became one of the most prolific and in-demand real estate attorneys in South Florida. Matt has worked with almost every major developer in the region. His work in the 1990s changed the face of the southern portion of Miami Beach and set the stage for the area's revitalization. During his career, he has also worked with the University of Miami and St. Thomas University on real estate issues and served as special counsel to the City of Miami, Miami-Dade County, and the Miami Art Museum on special projects.

For 15 years, he served as chair of the firm's national Real Estate Practice. In this role, Matt was instrumental in developing the firm's reputation as a real estate powerhouse in each of the communities in which Greenberg Traurig has offices.

Matt focuses his community involvement on areas in which he can make a difference. He led the movement to open a charter school in downtown Miami, where he serves as Chairman. Matt currently serves on the boards and executive committees of Tulane University and United Way of Miami-Dade County. He is also on the board of directors of Big Brothers Big Sisters of Greater Miami and is a former board member of New World Symphony, Greater Miami Chamber of Commerce, the City of Miami Downtown Development Authority, Mt. Sinai Hospital and the 11th Judicial Circuit Historical Society. Matt is a founder of both Mt. Sinai Hospital and Baptist Hospital.

508 The Best Lawyers in America® awards

226 Best Lawyers: Ones to Watch® in America awards