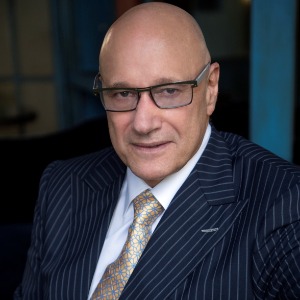 Navigate to map location for Martin W. Edelman Visit the website for Martin W. Edelman at https://www.edelmanpclaw.com/About/Martin-W-Edelman.shtml
Your comment has been submitted!
We have encountered an error and are unable to process your comment at this time. Please refresh the page and try again later.
Add Comment
In making your comments, please do not refer to a pending legal matter.
Share My Profile
Post on Social

Martin Edelman began practicing law over 40 years ago when he joined his father, Jerome Edelman, to form Edelman & Edelman, P.C. Martin is widely recognized as one of the most tenacious and dedicated litigators in New York. He is known for taking the "impossible" cases and recovering substantial damages when other firms have insisted there was no claim.

Primarily known for his expertise in cases involving traumatic brain injuries, Mr. Edelman has successfully litigated and settled cases involving a wide array of life-altering injuries arising from construction accidents, product liability claims, motor vehicle accidents and birth injuries. He has a reputation for the lengths he is willing to go to in pursuit of victory on behalf of his clients and investing as much time and money as is needed to present a winning case.

Mr. Edelman has been repeatedly recognized by his colleagues for the quality of his work and the commitment he brings to every case he accepts. He served as President of the New York State Trial Lawyers Association in 2003-2004 and has received countless other accolades from a variety of legal and civic organizations.

In addition to his work on behalf of his clients, Mr. Edelman has done a great deal of work to revise and streamline laws that threatened people's ability to obtain the justice they deserved. His work in creating uniformity in New York claim procedures and the amount of time victims had to file a personal injury claim against a government-controlled entity is just one example. Mr. Edelman was instrumental in introducing, negotiating and lobbying for the passage of the 2005 amendment of EPTL §5-4.6, which expedited and facilitated the collection of settlement funds in wrongful death actions. More recently, Mr. Edelman conceived and led the passage of the Comprehensive Insurance Disclosure Act ("CIDA"). As contained in CPLR §§3101(f) & 3122-B, CIDA preserves all available insurance coverage in personal injury litigation by requiring defendants to disclose their full insurance policies within 90 days of filing an answer, disclosures which must be certified by both the insured and their counsel.

Mr. Edelman has been lead counsel in highly publicized civil actions and trials throughout New York, including Jonathan Fleming who received $9.65 million after he was wrongfully convicted of murder. in 2016, Mr. Edelman obtained a then record-breaking New York State personal injury settlement of $35 million for his client who was catastrophically injured while working at a construction site. Mr. Edelman was also part of a team of attorneys that represented Dominick Tenuto, helping him win $22.5 million in a polio vaccine lawsuit against Pfizer. He is equally adept at protecting the interests of his clients in the media as he is at protecting them in the courtroom. When clients choose Mr. Edelman to handle a case, they can rest assured that they have an unwavering advocate who will not be deterred in his pursuit of maximum compensation for the losses they have suffered.