Navigate to map location for Markus Kelber Visit the website for Markus Kelber at https://www.zenk.com/koepfe/markus-kelber/
Your comment has been submitted!
We have encountered an error and are unable to process your comment at this time. Please refresh the page and try again later.
Add Comment
In making your comments, please do not refer to a pending legal matter.
Share My Profile
Post on Social

Born in Munich in 1965, Dr. Markus Kelber studied law and worked as a research assistant at the University of Regensburg in 1987 after completing his apprenticeship as a carpenter.

Dr. Kelber has been active as a lawyer in Berlin since 1996, working first for an employers’ association and then for the medium-sized local law firm Danckert Böx Meier. In 1998, he obtained his doctorate in constitutional law with Prof. Dr. Udo Steiner in Regensburg, with a thesis on the subject of “The Limits of the Scope of Responsibility of the Chambers”. He has been a specialist in labor law since 1999.

He has been involved in labor law since the very beginning of his legal career, whereby his philosophy has rested heavily on a belief the importance of both sides. He represents both employers and employees/works councils, because he believes that the ability to give good advice depends on knowing and understanding both. Advising medium-sized employers, particularly in the design of legally compliant operational processes, has always been a focus of his practice.

Since 2006, Dr. Kelber has been intensively involved with the intersection of employment contract law and service contract law and thus with the particularities of the law as it pertains to executives, in particular managing directors and board members. In legal disputes, in particular, his clients benefit from his more than twenty years of litigation experience. For this reason, he is now in demand throughout Germany. JUVE states: “Zenk partner Kelber is primarily known as a lawyer for executives.”

Dr. Kelber is a member of the German Bar Association’s working group on labor law.

He is co-author of the handbook "Rechtsstellung der Führungskräfte im Unternehmen" [The Legal Status of Executives in Companies] and the NOMOS book of commentary on key concepts in labor low, in which his work appears in the sections “Managing Director” and “Board of Directors”. 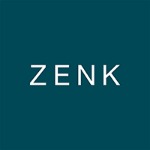 22 The Best Lawyers in Germany™ awards