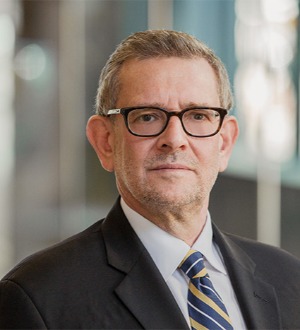 As our most senior estate and trust litigator, Mark gives strategic direction to some of the most complex estate files, representing both individual and institutional clients, including personal Executors and Trustees, trust companies, non-profit organizations, charities and committees.

Mark excels at moving files through the “litigation pipeline” with perseverance based on an extensive knowledge of the law and hard-fought experience.

Mark’s career has been highlighted by his long standing contributions to continuing legal education to ensure the highest standards for both new and experienced practitioners, including:

Recognizing the importance of bringing in allied professionals, Mark works to break down professional compartmentalization. Examples include:

His interest in cross-disciplinary work and seeking collaborative solutions for our clients goes back several decades when he sought early training in mediation.

Mark is also called upon to assume positions of leadership in the general and Jewish community. Examples include:

His estate litigation practice has encompassed litigants residing in the UK, Australia, Hong Kong and in various Canadian and US jurisdictions. His first reported estate decision was as co-counsel in the 1991 Brammall decision long considered a high-watermark in wills variation claims.

In recognition of his expertise and contributions, Mark was appointed Queen’s Counsel. It is Mark’s privilege to promote the goodwill of many charitable organizations and foundations through both his professional and community work.

34 The Best Lawyers in Canada™ awards