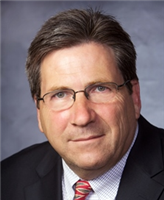 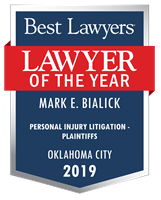 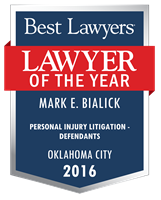 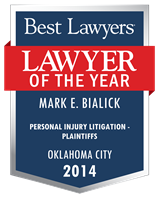 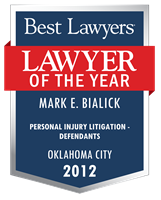 Mark Bialick began practicing law in 1981. He has been admitted to practice before the U. S. District Court: Eastern, Northern and Western Districts of Oklahoma, U. S. Court of Appeals, Tenth Circuit as well as the U. S. Supreme Court. Over the course of his 30 year career he has litigated and tried to verdict several of the state's seminal cases in the area of insurance law and the duty of good faith and fair dealing, as well as cases involving catastrophic injuries and wrongful death. His practice is focused and limited to matters involving complex litigation.

Mr. Bialick was inducted as a fellow in the American College of Trial Lawyers. Mr. Bialick is listed in Chambers USA. He is listed in "Best Lawyers in America," and is a perennial selection by his peers for inclusion in Super Lawyers. Since 2008 he has been recognized by Oklahoma Magazine and Super Lawyers as one of the State's Top 10 lawyers.

Mr. Bialick is a frequent lecturer on trial practices and techniques as well as matters related to insurance law.