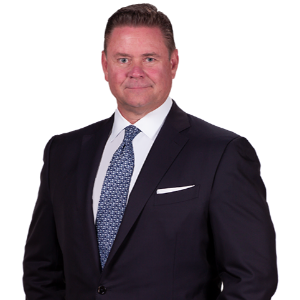 Navigate to map location for Mark A. Rush Call Mark A. Rush at 412-355-6500 Visit the website for Mark A. Rush at http://www.klgates.com/mark-a-rush/
Your comment has been submitted!
We have encountered an error and are unable to process your comment at this time. Please refresh the page and try again later.
Add Comment
In making your comments, please do not refer to a pending legal matter.
Share My Profile
Post on Social

Mr. Rush is a partner with the firm and concentrates his practice on litigation as a trial lawyer, with emphasis on corporate criminal defense and complex commercial litigation. Mr. Rush has defended individuals, public and private corporations, public officials, government contractors, and healthcare providers who are subjects of federal and state grand jury investigations and investigations by the DOJ, SEC, FDA, EPA, FTC, and various other federal and state agencies. His representations also include defending and counseling corporations and individuals charged with violations of various federal and state statutes such as: Foreign Corrupt Practices Act, Computer Fraud and Abuse Act, securities laws, tax statutes, mail and wire fraud, healthcare fraud, environmental violations, money laundering and the False Claims Act. Mr. Rush has coordinated and conducted internal and special committee investigations and due diligence projects within the United States and in numerous foreign countries related to anti-corruption issues, fraud, and corporate governance issues. Mr. Rush assisted in the representation of a Presidential Advisor in the Independent Counsel Investigation of President Clinton. Mr. Rush also served as an investigator for the WorldCom bankruptcy examiner investigating corporate governance issues. He also represents the Pennsylvania House and Senate Republican Caucuses.

More recently, Mr. Rush was trial counsel in the case of United States v. Cyril H. Wecht, No. 06-26 (W.D.Pa.). The U.S. Attorney’s Office in the Western District of Pennsylvania obtained an 84-count indictment against Dr. Wecht, a public official and internationally renowned forensic pathologist, charging, inter alia, honest services fraud, mail fraud, and wire fraud. Following a nine week trial the jury could not reach a verdict on any count. The defense then re-raised suppression issues regarding two of the government’s search warrants. The evidence was suppressed and all remaining charges were dismissed. This case also involved testimony before Congress regarding selective political prosecutions.

264 The Best Lawyers in America® awards

83 Best Lawyers: Ones to Watch® in America awards