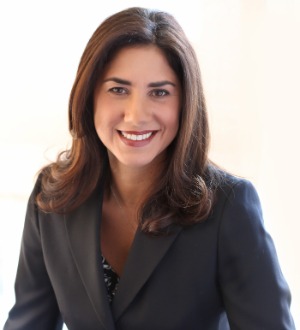 For the past twenty years, Ms. Adimey has devoted her legal career to litigating on behalf of those who have suffered loss. She began her career as an Assistant District Attorney in Bronx County, where for five years she prosecuted cases on behalf of the residents of Bronx County who were the victims of horrific crimes. There, she became an experienced trial attorney, trying dozens of misdemeanor and felony trials to verdict.

Prior to joining our team, Ms. Adimey had the privilege of representing individuals who have had the unfortunate experience of being the victim of medical malpractice or who have suffered serious physical injury in an accident. Ms. Adimey’s advocacy skills and dedication to her clients was recognized in 2013, when she was selected by her peers for inclusion in the Super Lawyers 2013: Rising Stars, an honor reserved for those lawyers who have exhibit excellence in practice and which was published in the Magazine Section of the New York Times. In both 2012 and 2013 she was awarded the Client Distinction Award issued by Martindale-Hubbell, an honor made possible by the clients she served. Ms. Adimey received a rating of 4.5 or higher on a scale of 1-5. Less than 1% of the 900,000+ attorneys listed on martindale.com have been awarded this score. Most recently, she was named one of America's Best Lawyers for 2016.

Ms. Adimey was appointed by the Administrative Judge for Civil Matters-First Judicial Department, as an attorney member of the Medical Malpractice Advisory Committee for the Supreme Court, Civil Branch, New York County. This appointment is reserved for attorneys whom the court considers to be “prominent.” Ms. Adimey works with the Justices who preside in the New York County Medical Malpractice Parts to help the court function as effectively as possible. She is a strong voice for everyday people who have been victims of negligent medical care. Ms. Adimey was also selected to serve a two-year term on the Judiciary Committee of the Association of The Bar of The City of New York, a committee which evaluates judges up for appointment, reappointment, election or reelection on the city, state and federal level and makes recommendations for approval.

She currently sits on the Board of Directors of the New York State Trial Lawyers Association (NYSTLA), and is also on NYSTLA's Medical Malpractice Litigation Committee. In 2016, she was named Top Women's Litigators by Super Lawyers.

Ms. Adimey performs all aspects of the litigation of medical malpractice and personal injury cases in New York and New Jersey from inception through, and including, trial. Her combination of hard work, dedication, conviction and attention to detail is reflected in everything she does. Her passion and commitment to her clients is what makes her a zealous trial attorney. She is a tremendous asset to the GGCRBHS&M team.