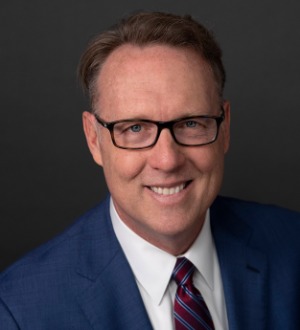 MARIANO GARCIA is a Florida Board Certified Civil Trial Lawyer who has been practicing in West Palm Beach since 1994, representing people in personal injury and commercial litigation matters in state and federal courts. He has achieved an AV rating for the highest level of professional ability and ethics from Martindale Hubbell. He is a member of the Million Dollar and Multi-Million Dollar Advocates Forum and the American Board of Trial Advocates and has been selected to Florida Super Lawyers since 2011. He joined Searcy Denney Scarola Barnhart & Shipley in July 2011 as a bilingual lawyer with extensive experience and long-standing commitment to representing the Latino community.

Mr. Garcia’s life and career have been shaped by his immigrant roots. His parents, who spoke no English, moved the family from Argentina to New York City when he was eight years old, then moved to Florida in the late 1970s. It was his parents’ belief in America as the land of opportunity, and their emphasis on education and hard work as the key to success, that inspired Mr. Garcia to earn a bachelor’s degree from the University of Florida. He earned his law degree from St. Thomas University School of Law, where he served as articles editor of the Law Review.

Passionate in his belief that everyone should have a voice in our justice system, Mr. Garcia gives his time to causes that are devoted to this principle. He is the immediate past president of the Legal Aid Society of Palm Beach County, which provides free legal services to the disadvantaged of our community. Mr. Garcia also has served as president of the Hispanic Bar Association of Palm Beach County, which encourages qualified Hispanic lawyers to become judges. In September 2010, he was appointed by Governor Charlie Crist to serve a four-year term on the 15th Circuit Judicial Nominating Commission, which screens judicial applicants for openings in the Palm Beach County court system.

Mr. Garcia’s involvement in educational and civic organizations includes roles on the board of governors of the Historical Society of Palm Beach County and the board of directors of the Forum Club. He also serves as treasurer of the non-profit Jack the Bikeman, which provides support to migrant workers and their at-risk children.