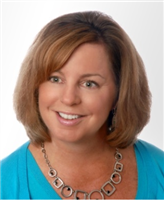 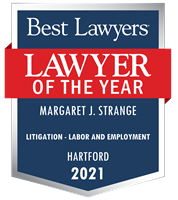 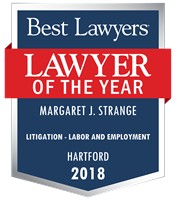 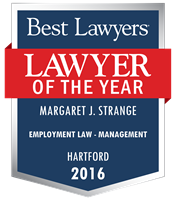 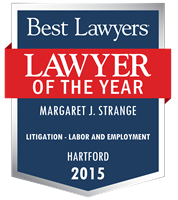 Margaret (Peggy) J. Strange is a Shareholder in the Hartford office of Jackson Lewis P.C. She also manages client relationships including litigation for clients on a national or regional basis.

Ms. Strange joined Jackson Lewis in 1996. She has experience in all areas of litigation. Her practice covers the spectrum of employment litigation, including both state and federal claims, and individual and class action suits. Her experience includes both suits by private parties and by the Equal Employment Opportunity Commission (EEOC). She has handled cases involving claims of race, age, disability, and sex discrimination, as well as sexual harassment, retaliatory discharge, and wage and hour. She has successfully tried cases in state and federal court and prevailed in appeals before the Second Circuit Court of Appeals and Connecticut Appellate Court. She has handled several class and collective actions, including wage and hour claims alleging improper payment of bonuses, misclassification of field claims representatives, and failure to pay minimum wage to tipped employees.

Ms. Strange routinely counsels clients on a variety of employment practices including employment contracts, releases, employee handbooks and internal policies and practices. She provides counsel on preventive strategies for employers located around the country. She advises management on personnel matters such as hiring, firing, performance management, internal investigations, and disability accommodation.

276 The Best Lawyers in America® awards

78 Best Lawyers: Ones to Watch® in America awards