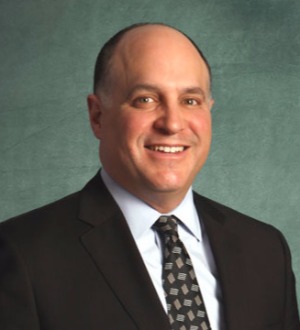 Mr. Bakst represents clients in the areas of creditors' rights, bankruptcy, reorganization, and insolvency. He regularly represents secured and unsecured creditors, debtors, trustees, and creditors' committees in loan workout and other negotiations and in state and federal courts.

Upon graduation from Wayne State University Law School, Mr. Bakst clerked for a U.S. Bankruptcy Judge for the Eastern District of Michigan.

Mr. Bakst is on the Executive Committee, is Treasurer of the Board of Directors, and is Chair of the Finance Committee for the Jewish Family Service of Metropolitan Detroit. He served previously on the Advisory Board of the Michigan Israel Business Accelerator, as a member of the Community Advisory Board for the Detroit Jewish News, and on the board of the Detroit Chapter of the American Jewish Committee. Mr. Bakst also served on the Zoning Board of Appeals of the City of Oak Park from 1996 to 2000.

He has been included in The Best Lawyers in America since 2009 in the practice areas of Bankruptcy and Creditor Debtor Rights/Insolvency and Reorganization Law and Litigation-Bankruptcy. He has also been included in Michigan Super Lawyers under Bankruptcy: Business for the past decade. Mr. Bakst has been annually listed as a “Top Lawyer” for Bankruptcy and Creditor/Debtor Rights by metro Detroit business magazine DBusiness since the list debuted in 2009. He is Martindale-Hubbell® AV Preeminent® Peer Rated for Highest Level of Professional Excellence and endorsed for High Ethical Standing.

68 The Best Lawyers in America® awards

27 Best Lawyers: Ones to Watch® in America awards