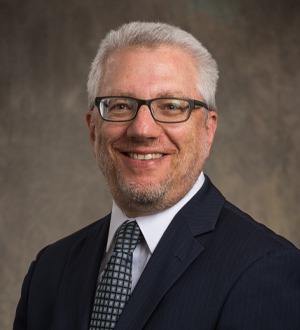 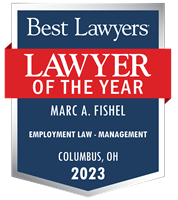 Marc has been recognized by his peers as a Best Lawyers in America for his outstanding work in Employment and Labor Law. He regularly represents public and private employers in all areas of labor and employment relations, including all facets of contract negotiations, litigation, mediation, conflict resolution procedures, disciplinary matters (arbitration and civil service), the daily administration of internal policies, state and federal laws, and collective bargaining agreements. He serves as lead counsel before administrative agencies pertaining to personnel matters. Marc represents employers in litigation matters in both state and federal court.

Marc also serves as the Law Director for the City of Bexley, representing the city in various aspects of municipal law.

From Clerk to Partner

Marc began his career as a law clerk to the Honorable T. Eugene Burts, Administrative Law Judge, U.S. Department of Labor before beginning work in private practice in 1988. Marc became a partner in the firm in 1993. Later he served as adjunct professor of employment law at Wittenberg University providing instruction on critical topics such as human resources, FLSA, unlawful discrimination and harassment, civil rights, ethics, FMLA, ADA and civil service law. Marc was appointed as Law Director for the City of Bexley in 2016.

This prestigious background has led to frequent requests for Marc to lecture on personnel and human resource issues including discipline, collective bargaining, employment discrimination and various aspects of the employment relationship.

Comfortable in the courtroom as well as the classroom, Marc believes his greatest contribution to clients comes from a proactive approach to employee relations and local governmental law. This means attending to small details such as ensuring proper preparation of employee handbooks and drug testing policies. He also assists clients with in-house education so their staff is up to speed on legal changes as they occur.

Marc is highly regarded for his ability to handle tough situations beyond his primary practice area.

On the Personal Side

Marc is the proud father of two children and serves on a number of community non-profit boards. He is a board member and current past president of the Jewish Community Center of Greater Columbus.

Marc regularly contributes articles to various publications including those of the Ohio State Bar Association, the County Commissioners Association of Ohio, the Ohio Municipal League and the Ohio Public Employers’ Labor Relations Association. He is also the author and editor of “Employment in Ohio – A guide to employment laws, regulation and practices,” published by Matthew Bender.