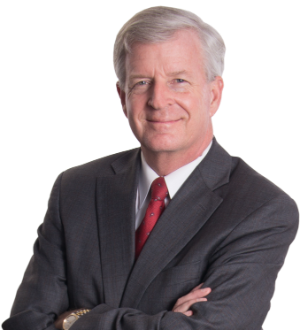 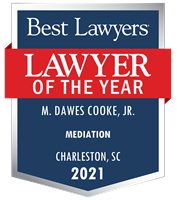 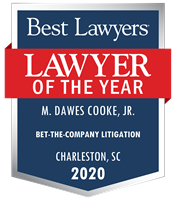 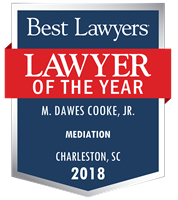 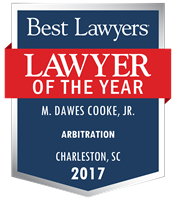 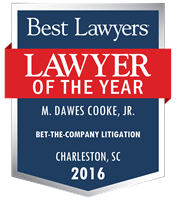 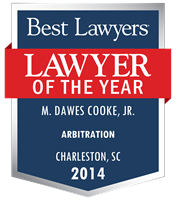 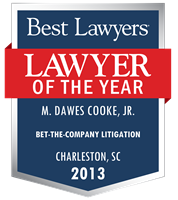 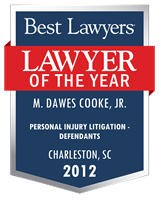 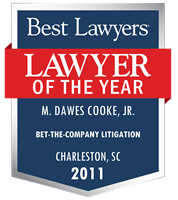 M. Dawes Cooke, Jr.’s practice focuses on complex civil litigation, professional liability defense, and personal injury litigation. He is also a much sought after mediator and arbitrator. He is admitted to the South Carolina Bar, the United States District Court for the District of South Carolina, the United States Court of Appeals for the Fourth Circuit and the United States Supreme Court Bar. Cooke is a Fellow in the American College of Trial Lawyers. He holds a Martindale-Hubbell Preeminent rating (the highest, formerly called AV), and is listed in The Best Lawyers in America in the areas of bet-the-company litigation, commercial litigation, personal injury litigation for defendants, personal injury litigation for plaintiffs, arbitration, and mediation. Best Lawyers has named him a "Lawyer of the Year" numerous in multiple practice areas from arbitration and mediation to bet the company litigation. Benchmark Litigation has named him as a Local Litigation Star numerous years in the areas of insurance, product liability, medical malpractice, and construction. He is also regularly listed in Super Lawyers as one of the top 10 attorneys in the state of South Carolina, and he was profiled in the April 2011 edition. Super Lawyers has ranked him the number one lawyer in South Carolina multiple years.