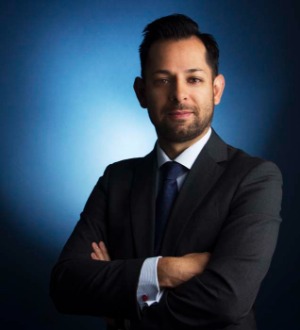 Navigate to map location for Luis Vázquez R. Visit the website for Luis Vázquez R. at https://www.creel.mx/nuestros-abogados/luis-vazquez-r-2/
Your comment has been submitted!
We have encountered an error and are unable to process your comment at this time. Please refresh the page and try again later.
Add Comment
In making your comments, please do not refer to a pending legal matter.
Share My Profile
Post on Social

Luis Vázquez R. Is a partner in the Mexico City office. His parctice focuses on Tax.

He has also advised multinationals on tax inspections relating to the application of tax treaty benefits on cross-border transactions, reducing their tax liability considerably and in some cases eliminating the assessment of tax deficiencies altogether. Mr. Vázquez is a member of the International Fiscal Association (IFA), of the International Tax Committee of the Mexican Public Accountant Association (CCPM) and of the Mexican Bar Association (BMA), where he is currently chair of the tax committee. He has been a professor of taxation at his alma mater, Universidad Iberoamericana, in both undergraduate and graduate programs. He has written articles on international taxation in several specialized publications and co-authored the chapter of a book on tax transparency on tax treaties edited by the Mexico Chapter of IFA.