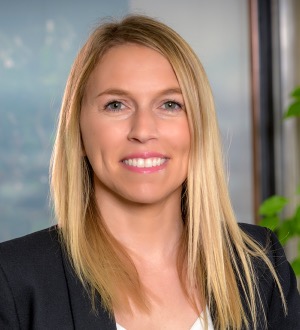 Since 2007, Member Lindsay F. Louapre’s practice has focused on defending employers and insurance carriers against claims arising under the Louisiana Workers’ Compensation Law. Concentrating her practice on one area has allowed Lindsay to gain extensive expertise and knowledge, which she uses to ardently defend her clients. Lindsay’s experience extends through all phases of litigation, including appellate advocacy.

Lindsay understands the importance of communication and working closely with her clients to devise a litigation strategy for each claim. “Every claim is different and each requires a unique strategy to ensure the client’s needs are met.”

Lindsay earned a Bachelor of Arts in Political Science from Louisiana State University in 2004. In 2007, Lindsay earned a Juris Doctor and Bachelor of Civil Law from Paul M. Hebert Law Center at Louisiana State University. While in law school, Lindsay attended the Universite Jean-Moulin in Lyon, France, and also earned a CALI award for the highest grade in Criminal Justice II. She was also involved as a member of the Legal Association of Women.

Lindsay has lived in New Orleans since 2007. Outside of work, she enjoys spending time and traveling with her husband, Rene, and her two daughters. Lindsay is also actively involved in Hogs for the Cause, a non-profit organization that donates money to families fighting pediatric brain cancer.