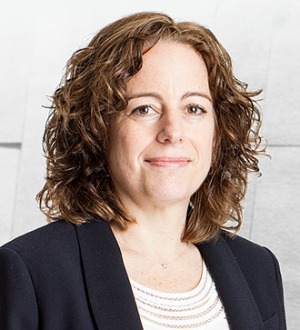 Navigate to map location for Linda Singer Call Linda Singer at 843-216-9000 Visit the website for Linda Singer at https://www.motleyrice.com/attorneys/linda-singer
Your comment has been submitted!
We have encountered an error and are unable to process your comment at this time. Please refresh the page and try again later.
Add Comment
In making your comments, please do not refer to a pending legal matter.
Share My Profile
Post on Social

Linda Singer represents governments, attorneys general and other public entities in high-impact, high-stakes litigation and investigations as head of the firm’s Public Client practice area. The former Attorney General of the District of Columbia, Linda’s knowledge and experience includes serving in the public, not-for-profit and private sectors.

As AG, Linda gained invaluable insight into the duties of attorneys general and how law firms with the right resources and experience can aid in supporting enforcement efforts. During her tenure in the District of Columbia, she developed and expanded litigation aimed at protecting children, consumers, tenants and victims of domestic violence and gun violence while overseeing a staff of more than 350 lawyers in one of the nation’s largest AG offices.

In private practice, Linda has represented clients in numerous consumer protection and financial and health care fraud lawsuits that have resulted in significant settlements and injunctive relief, including mortgage relief settlements for the states of Arizona and Nevada worth more than $1 billion.*

At the forefront of healthcare fraud litigation alleging deceptive marketing practices of highly addictive opioids, Linda serves as co-chair of the Manufacturer/Marketing Committee of the National Prescription Opiate Multidistrict Litigation and represents dozens of jurisdictions, including states, cities, counties, and townships in suits against opioid manufacturers and distributors. She continues to be lead outside counsel for the City of Chicago and Santa Clara County Counsel, two of the first jurisdictions to file in the current wave of opioid litigation. The opioid epidemic has resulted in tens of thousands of deaths and imposed burdens on public entities’ resources and departments that must address the drug addiction, overdose, and other related costs.

She represents Hawaii and the U.S. Virgin Islands in litigation alleging harm or economic loss due to deceptive marketing of Takata airbags, the largest auto-related recall in U.S. history. Linda has also investigated major national credit bureaus accused of violating state and federal law by failing to maintain accurate consumer credit files, and nursing homes accused of defrauding public payors and consumers by failing to maintain enough staff to ensure the health and safety of elderly residents. She has also represented the U.S. Virgin Islands in enforcement litigation against an oil company that abruptly shut down, alleging it failed to fulfill its obligation to operate a refinery in St. Croix as promised in exchange for significant tax breaks. The settlement in that case is valued at more than $750 million in revenue and environmental cleanup.

Linda helped secure more than $60 million in relief for consumers whose subprime mortgages were securitized by major Wall Street banks, and repayment for students who alleged they were defrauded by a chain of for-profit colleges. She fought for workers allegedly misclassified as independent contractors by a Fortune 100 company, a move that allegedly deprived workers of legal protections and helped the company avoid contributing to state unemployment and workers’ compensation programs.

Pro bono work has also been a major part of Linda’s practice. She has represented individuals and public clients in cases aimed at preventing gun violence, protecting consumers, and safeguarding the rights of immigrants.

Linda served from 1994 through 2006 as Executive Director of the Appleseed Foundation, a network of public interest law centers in the U.S. and Mexico.

*Please remember that every case is different. Any result we achieve for one client in one matter does not necessarily indicate similar results can be obtained for other clients.

15 Best Lawyers: Ones to Watch in America awards