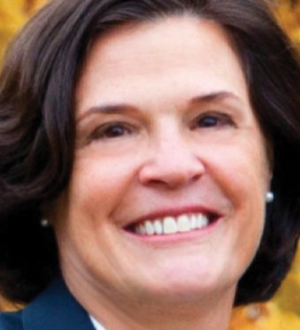 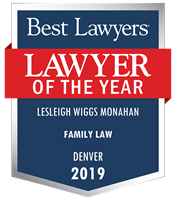 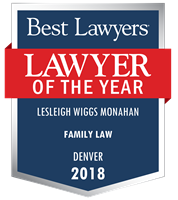 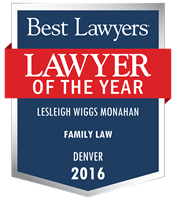 Lesleigh Monahan is a partner in the Lakewood firm of Polidori, Franklin & Monahan, LLC.

She received her Juris Doctor degree from the University of Colorado School of Law in 1987.

The Bar Register of Preeminent Lawyers has proffered an AV rating on Ms. Monahan. She has been listed in “The Best Lawyers in America” for five consecutive years. Ms. Monahan has repeatedly been recognized as one of Colorado’s top 50 lawyers and she has been selected as one of Colorado’s top 25 women lawyers on the Colorado Super Lawyers® list published by 5280 magazine for the past four years.

In 2002, Ms. Monahan was appointed to serve on the Colorado Supreme Court Standing Committee on Family Issues. She is a Fellow in the American Academy of Matrimonial Lawyers, Colorado Chapter.

Lesleigh Wiggs Monahan, 2018 "Lawyer of the Year" for Family Law

Lesleigh Wiggs Monahan of Polidori Franklin Monahan & Beattie was named 2018 "Lawyer of the Year" in Lakewood for Family Law.