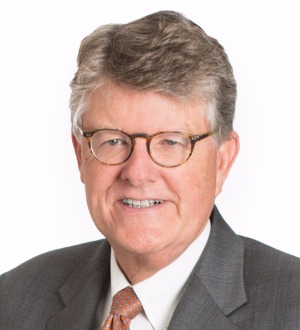 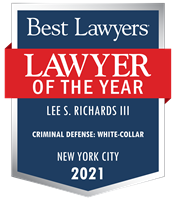 In addition to representing companies and senior executives in commercial litigations, class action and derivative cases, and arbitrations, Lee also advises companies and directors on governance issues and has served as SEC special compliance counsel, receiver, and trustee in the liquidation of five securities firms. Most notably, these include Bernard L. Madoff Investment Securities LLC and Westgate Capital Management, LLC, as well as three major insider trading cases. He was also appointed as the independent examiner in a significant U.S. securities fraud case against a high-technology company.

A former assistant U.S. attorney for the Southern District of New York, Lee handled major prosecutions of insider trading and securities fraud, including the first successful criminal prosecution of an insider trading case in U.S. history. In a high-profile securities fraud case, he developed the misappropriation theory of insider trading still prevalent today. An account of Lee’s use of his pioneering theory occupies a chapter of The Prosecutors: Inside the Offices of the Government’s Most Powerful Lawyers, authored by Pulitzer Prize winner James Stewart.

Lee is a recipient of the DOJ’s Award for Superior Performance. He was named one of The National Law Journal’s Top 50 Litigation Trailblazers & Pioneers and was honored with the Lifetime Achievement Award from the New York Law Journal in 2018. He also previously received the American Inns of Court Professionalism Award for the U.S. Court of Appeals for the Second Circuit, which is granted “to a lawyer or judge whose life and practice display sterling character and unquestioned integrity, coupled with ongoing dedication to the highest standards of the legal profession and the rule of law.” Additionally, Chambers USA has ranked Lee as a leading individual in White Collar & Government Investigations for 10 consecutive years and listed him as a leading individual in Securities Regulation-Enforcement from 2011 to 2018.Lee is a former member of the departmental disciplinary committee for the Appellate Division of the First Department, Supreme Court of New York, and was an adjunct assistant professor at Fordham Law School for more than 10 years. He is president emeritus of the Federal Bar Council Inn of Court and a former member of the American Inns of Court Board of Trustees. In addition, he is a regular speaker and writer on topics relating to criminal and securities law issues, internal investigations, corporate governance, and compliance procedures. Lee is also a member of the Jazz Foundation of America’s board of directors.

265 The Best Lawyers in America® awards