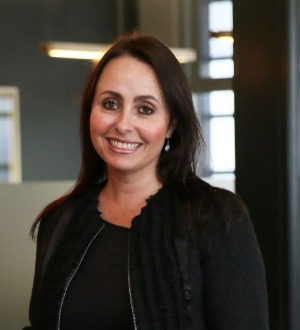 Navigate to map location for Lazelle Paola
Your comment has been submitted!
We have encountered an error and are unable to process your comment at this time. Please refresh the page and try again later.
Add Comment
In making your comments, please do not refer to a pending legal matter.
Share My Profile
Post on Social

Lazelle graduated from the University of Natal with degrees BCom and LLB in 1994. After being admitted as an attorney, notary and conveyance in 1996, Lazelle specialised in local government law and conveyancing while a partner in the property department at a Johannesburg law firm. At the end of 2000 she then joined a prominent Durban law firm as a partner. The establishment of Halstead Paola followed in 2006. Lazelle specialises in property, commercial and notarial work, conveyancing and local government law including town planning and litigation. Lazelle joined Cox Yeats in June 2016, when Halstead Paola merged with the firm.

Within the scope of her town planning practice Lazelle has regularly appeared before the Town Planning Appeals Board, the Development Tribunal constituted in terms of the Development Facilitation Act No. 67 of 1995, the Development Appeals Tribunal, KZN and the various Municipal appeal structures. From a commercial law and conveyancing perspective, Lazelle acts on behalf of several major financial institutions, multinational companies, Home Owners Associations and Body Corporates and has been involved in a wide range of high profile projects, as well as the establishment and administration of various residential estates in KZN.