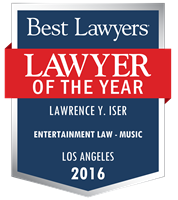 Mr. Iser specializes in the areas of intellectual property, entertainment, commercial, real estate and employment litigation, including the defense of nationwide class action lawsuits. He handles complex, high-profile matters around the country for clients including Mattel, SeaWorld, eBay, Univision, Roland Corporation, and iconic musical artists including Jackson Browne and Crosby, Stills & Nash. Mr. Iser is the Managing Partner of KWIKA.

In the area of intellectual property, Mr. Iser counsels clients and litigates on their behalf concerning copyrights and trademarks; patents; unfair competition; the right of publicity; defamation; clearances and fair-use analyses for films, manuscripts, and products; and the licensing of intellectual property rights. He counsels and litigates on behalf of Mattel, Inc. in a variety of matters, recently including a copyright lawsuit concerning the creation of the Masters of the Universe® brand, trademark opposition proceedings concerning certain Hot Wheels® cars, intellectual property clearances for the Barbie®, Hot Wheels®, American Girl®, Monster High®, Ever After High® and Boomco® brands; a variety of licensing issues across Mattel’s brands, and the defense of a lawsuit in which the plaintiff, a designer of board games, alleged that Mattel breached a license agreement for the distribution of the board game Outburst! He counsel and litigates on behalf of SeaWorld on a number of intellectual property issues, recently including the defense of a trademark infringement lawsuit concerning SeaWorld’s Aquatica water parks. Mr. Iser serves as United States copyright counsel for Roland Corporation, one of the world’s leading manufacturers of electronic musical instruments. On behalf of Roland, Mr. Iser leads a KWIKA team handling a number of matters throughout the country, currently including the defense of a patent infringement action pending in the District of Connecticut.

Mr. Iser counsels and litigates on behalf of SeaWorld on a number of commercial issues, currently including the defense of four nationwide class action lawsuits supported by activists alleging that SeaWorld misrepresents the well-being of its killer whales, and the defense of citations issued by Cal OSHA concerning employee interactions with killer whales.

Mr. Iser has long served as outside litigation counsel for real estate developer The Watt Companies. On behalf of Watt and other real estate clients, he has advised and litigated disputes involving breach of contract, fraud, specific performance, brokers’ commissions, landlord-tenant, construction defects and partnership disputes. 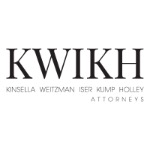