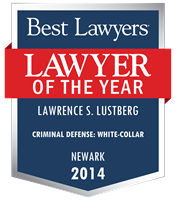 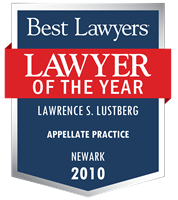 Mr. Lustberg is the former president of both the Association of the Federal Bar of New Jersey and Association of Criminal Defense Lawyers of New Jersey, the latter of which recently awarded him with their highest honor—the Honorable Lawrence A. Whipple Memorial Award. Mr. Lustberg is also former Co-Chair of the Criminal Litigation Committee of the American Bar Association. He has served on, and chaired, numerous court and government committees and non-profit and philanthropic boards, and he has been a member of the faculties of Seton Hall, Rutgers, and New York University Law Schools. Currently, he is Co-Chair of the Board of Trustees of the Fund for New Jersey and a Member of the New Jersey State Advisory Committee to the United States Commission on Civil Rights, for which he recently chaired a subcommittee on immigration.

Mr. Lustberg is a recognized authority in constitutional and criminal law and procedure, responsible for many seminal federal and state court decisions in a broad range of cases, and is a Fellow of both the International Academy of Trial Lawyers and the American College of Trial Lawyers. He is also a Lifetime Fellow of the American Bar Foundation.

Mr. Lustberg is the recipient of numerous honors from organizations such as the Thurgood Marshall College Fund, ACLU of New Jersey, Legal Services of New Jersey, Garden State Equality, Partners for Women and Justice, and Essex County Bar Association, among others. Most recently, he was named “Lawyer of the Year” for 2013 by the New Jersey Law Journal, in recognition of his work in winning the right to marriage for same-sex couples in New Jersey. He has long been recognized in Best Lawyers®, which in their most recent edition named him White Collar Lawyer of the Year; by Super Lawyers, which again in their most recent edition named him a Top 10 lawyer in New Jersey, and which awarded him its New Jersey Appellate Lawyer of the Year designation in 2009; and by U.S. Lawyer Ranking as a Top 10 Lawyer in the Field of Criminal Defense. Chambers USA Guide to America's Leading Lawyers for Business has listed Mr. Lustberg as one of the "leading individuals in the area of White Collar Crime & Government Investigations," this year describing him as having "a wealth of experience in criminal defense and appellate litigation before state and federal courts … sources describe him as 'a great guy and a very gifted attorney.'"