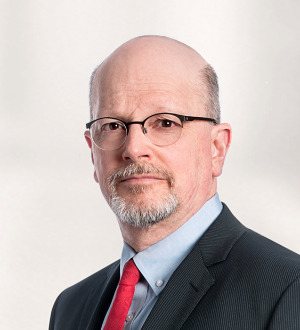 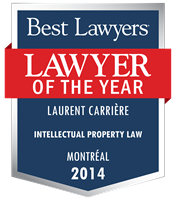 Laurent Carrière is the Editor-in-chief of the ROBIC Canadian Copyright Act Annotated and of the ROBIC Canadian Trade-Marks Act Annotated as well as co-author of ROBIC Loi canadienne sur les marques de commerce annotée, all published by Carswell. Laurent Carriere was also Editor-in-chief of Les Cahiers de propriété intellectuelle from 1997 to 2018, of which he is now the president; from 2007 to 2017, he was also on the editorial advisory board World Intellectual Property (Bloomberg-BNA) – 2007. Since 2012, he is authoring several booklets for the encyclopedia JurisClasseur – Quebec on Intellectual Property.

Laurent Carrière is putting together the annual conference of the Continuing Legal Education Program of the Quebec Bar with respect to Intellectual Property since 1995.

For several years, Laurent Carrière has been recognized by Lexpert / American Lawyer Guide to the Leading 500 Lawyers in Canada, which confirms his reputation as a leading Canadian intellectual property practitioner. His peers also mention him, year after year, among the best lawyers in intellectual property in Montreal during the survey conducted by The Canadian Legal Lexpert Directory and he appears in the Who’s Who Legal and Best Lawyers in Canada, where he was named Lawyer of the Year 2015 - Intellectual Property in Montreal. Laurent Carrière was named "Copyright Lawyer of the Year in Canada" in the "Corporate Intl Magazine Legal Award" 2015, as well as "Copyright Lawyer of the year in Canada", in the 6th Annual Global Law Experts Awards. Laurent Carrière is also named as a leader in other publications as the Who’s Who Legal

Laurent Carrière is one of the partners coordinating the firm’s Trademark and Copyright department. He is active in the knowledge management and oversees the continuing education for the firm’s members to ensure their professional development.