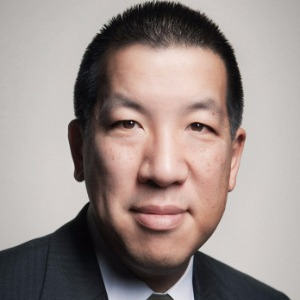 LAURENCE S. MOY is Deputy Managing Partner, and has been practicing law almost exclusively in the area of representing individuals in employment matters since 1985. Mr. Moy co-chairs the firm’s Financial Services Industry Practice Group. He enjoys representing clients and groups of clients in these highly specialized fields by counseling them, as well as negotiating and litigating on their behalf.

Mr. Moy has extensive experience in arbitration before FINRA (and, previously, the NASD and the NYSE), the American Arbitration Association (“AAA”), and JAMS, as well as trials, appeals, and other litigation experience before federal and state courts concerning employment and general commercial litigation disputes.

Mr. Moy has been lead trial attorney on a number of the most successful litigation cases brought on behalf of individual clients. In perhaps the largest arbitration result obtained in an employment case, Mr. Moy led the trial team, together with Wayne Outten and Tammy Marzigliano, in a complex, international arbitration case, which concluded with a two-week trial/hearing. On behalf of their clients, the team won an arbitration award against a major financial institution exceeding $70 million.

After more than a year of proceedings, Mr. Moy and Wayne Outten led the trial team in a two-week trial in a vigorously contested arbitration case against financial services giant Deutsche Bank, winning $18.9 million in damages, interest, and expenses. This AAA award represents one of the largest arbitration awards in an employment case.

Mr. Moy and Ossai Miazad also completed a FINRA arbitration proceeding (which included a five-day hearing) in which they represented an investment banker against a well-known international bank. The arbitration panel directed expungement of defamatory language from the banker’s Form U-5, and awarded over $900,000 in damages plus interest.

Mr. Moy and Juno Turner completed another FINRA arbitration (including a six-day hearing) against Barclays Capital Inc., in which the bank claimed that its bonus policy allowed the bank complete discretion in its compensation decisions and that Barclays was not responsible for a bonus given that the registered person was employed at Lehman for most of the year in question. The arbitration panel disagreed, awarding Outten & Golden's client $715,000 plus interest and assessing costs against Barclays.

In addition to litigation, Mr. Moy actively handles many transactional and negotiation matters. He has successfully mediated and otherwise negotiated many matters both within and outside of the employment context. These negotiations have included the review and preparation of employment contracts and compensation guarantees, as well as severance agreements and other exit arrangements for executives and other professionals.

Mr. Moy devotes a substantial portion of his practice to counseling and advising clients concerning a variety of workplace issues. This work often assists clients through difficult treatment in the workplace, and avoids the need for substantial litigation expense at a later time.

For each year since 2007, Mr. Moy has been selected by his peers as one of the New York Area’s Best Lawyers, as featured in New York Magazine,* and as one of New York’s Super Lawyers – Manhattan Edition.* The Asian American Business Development Center named Mr. Moy one of the 2007 Outstanding 50 Asian Americans in Business. In 2010, Mr. Moy was elected as a Fellow to the College of Labor & Employment Lawyers.

(*Prior results do not guarantee a similar outcome.)