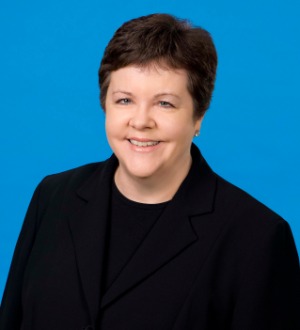 Navigate to map location for Laura Davis Jones Visit the website for Laura Davis Jones at http://www.pszjlaw.com/attorneys-laura-davis-jones.html
Your comment has been submitted!
We have encountered an error and are unable to process your comment at this time. Please refresh the page and try again later.
Add Comment
In making your comments, please do not refer to a pending legal matter.
Share My Profile
Post on Social

Laura Davis Jones is a name partner, a member of the firm's managing committee, and the managing partner of the firm's Delaware office. She gained national recognition as debtor's counsel in the Continental Airlines bankruptcy case, and has represented numerous debtors, creditors' committees, bank groups, acquirers, and other significant constituencies in chapter 11 cases and workout proceedings. She lectures at national bankruptcy and litigation seminars, and has authored numerous articles. Ms. Jones was named "Deal Maker of the Year" by The American Lawyer and has been profiled on additional occasions in The American Lawyer.

Ms. Jones has been named continuously by her peers as one of the "Best Lawyers in America" and as one of the "Best Lawyers in Delaware," and was selected as one of the top ten lawyers in Delaware by "Delaware Super Lawyers." She is a Fellow of the American College of Bankruptcy and a Chambers USA “Star Individual,” the highest honor a lawyer can receive. Ms. Jones has been recognized in the K&A Restructuring Register and the Law Dragon 500 since their inception, has been named repeatedly to the International Who's Who of Insolvency and Restructuring Lawyers, and holds an AV Peer Rating, Martindale-Hubbell's highest peer recognition for ethical standards and legal ability. In 2018, she received the prestigious "Women Leadership" award at Global M&A Network's Turnaround Atlas Awards, which honors the achievements of influential women leaders in the restructuring and turnaround communities. In 2018, Ms. Jones was listed by Who's Who Legal among "Thought Leaders - Restructuring & Insolvency." She started her career as a judicial law clerk in the Bankruptcy Court for the District of Delaware. Ms. Jones is admitted to practice in Delaware and the District of Columbia.

61 The Best Lawyers in America® awards

Co-counsel to M&G USA Corporation and its affiliates in their chapter 11 case.

Lead counsel to True Religion and its affiliates in their chapter 11 cases.

Debtor’s co-counsel to American Apparel and its affiliates in their chapter 11 case.

Co-counsel to Emerald Oil in its chapter 11 case.

Debtor’s co-counsel to Magnum Hunter Resources Corporation and its affiliates in their chapter 11 case.

Debtor’s co-counsel to Delivery Agent in its chapter 11 case.

Counsel to Mesa Air Group and its affiliated companies in their chapter 11 cases.

Counsel to the committee of unsecured creditors in the chapter 11 cases of TK Holdings, Inc. and its affiliates.