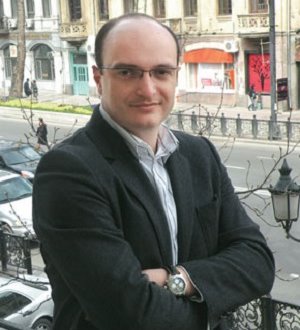 Lasha Gogiberidze is a founding partner of BGI Advisory Services Georgia and BGI Legal. Prior to foundation of the BGI in the aftermath of Ernst & Young's global decision to exit law, Lasha served as a director of corporate practice within Ernst & Young's Georgian office, as well as was a leading attorney within Georgian Consulting Group. Prior to private practice, Lasha was associated with the office of American Bar Association Central and East European Law Initiative office in Tbilisi and clerked for the Chairman of the Supreme Court of Georgia.

Lasha has considerable transactional, corporate, M&A, project finance, banking, oil & gas, energy, legislative drafting, and labor law experience. Together with his colleagues at BGI, Lasha has been involved in nearly every major transaction in Georgia over the past decade. A brief selection of his most recent representations includes:

Represented a private European based fund in a structured acquisition of a systemic commercial bank in Georgia;

Represented a record number of the issuers and underwriters in several capital markets deals during 2011-2012 period;

Represented large Russian based mining conglomerate and its subsidiaries in Georgia on USD 250 million financing project and operational matters in Georgia;

Represented the largest mining company in Georgia on operational and corporate restructuring matters;

Represented one of the largest utility companies in Georgia on a potential corporate restructuring exercise;

Represented a number international financial institution in financing of a housing projects in Georgia;

Represented private investors on a number of projects involving developments of hydro-power plants in Georgia;

Acted for the adviser to the government of Georgia on development of concession framework for large scale hydro projects;

Represented joint lead managers in the first ever US$ 500 million inaugural placement of sovereign debt securities by the Government of Georgia;

Represents two largest private equity funds in Georgia on a number of transactions, including complex shareholders arrangements, as well as a real estate transaction with the government of the United States;

Represented the Government of Georgia through USAID funded technical assistance program in the largest privatization program for sale of energy generation and distribution assets with the total transaction value in excess of USD 300 million;

Represented a major East European banking group on the acquisition and creation of the largest industrial enterprise in Georgia;

Represented a major Russian based investment group in consolidated acquisition of the largest gold/copper mining enterprise from the state and private owners;

Represented US communications company on various negotiations and privatization projects vis-à-vis the government of Georgia;

Represented a major consortium of oil companies in the negotiation and drafting of the host government agreements, and in the drafting of a US$2.6 billion cross-border secured lending facility, including drafting loan and security agreements and preparing negotiation positions;

Advised the IFC, EBRD, BSTDB and other international financial institutions on credit line agreements and derivative transactions, including the work out and drafting of assignment and security agreements with local banks and a Russia-based television broadcaster as participants;

Lasha graduated from Tbilisi State University, Department of International Law, earning a Law Degree with High Honors, and has a LL.M. from the University of Illinois.

Lasha is admitted to practice law in the state of New York, USA, and is a member of Georgian bar.

Lasha is a board member of the American Chamber of Commerce; he chairs Employment Law Committee within AmCham and is a deputy chair legal of Commercial and Tax Law Committee. He also serves on the board of Muskie Alumni Association of Georgia.

In addition to his native Georgian, Lasha speaks fluent English and Russian, and has a fair command of Spanish.

6 The Best Lawyers in Georgia™ awards