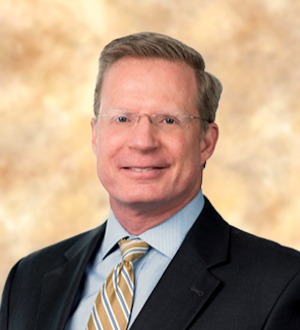 Lance serves as the Managing Partner of the firm's Charlotte office, and is a member of the firm's Intellectual Property practice group. A licensed Professional Engineer, Lance focuses his practice on patent infringement and other intellectual property litigation including trademarks, trade dress, copyrights, and trade secrets, as well as commercial disputes involving technology.

Lance also has extensive experience in strategic planning concerning patent and trademark procurement and portfolio management, including acquisition, maintenance, and licensing of U.S. and foreign patent and trademark assets. He has represented companies in more than 50 intellectual property disputes before the International Trade Commission, Patent Trial and Appeal Board, and in U.S. district courts in more than 25 states. Lance has served as lead counsel in a number of these intellectual property disputes.

Lance has leveraged his experience as a licensed professional engineer to advise clients in intellectual property disputes in diverse technologies, including:

Over the past three decades, Lance has developed a robust IP practice. Prior to pursuing law, Lance served nine years on active duty as a civil engineer officer with the United States Army Corps of Engineers, including three years as chief of engineering and design in a construction unit, and one year commanding a construction unit in both Iraq and Saudi Arabia during Operations Desert Shield and Desert Storm. Lance served as an attorney at the rank of Lieutenant Colonel in the United States Army Reserves, while performing duties as the general counsel to several military units in the Southeas